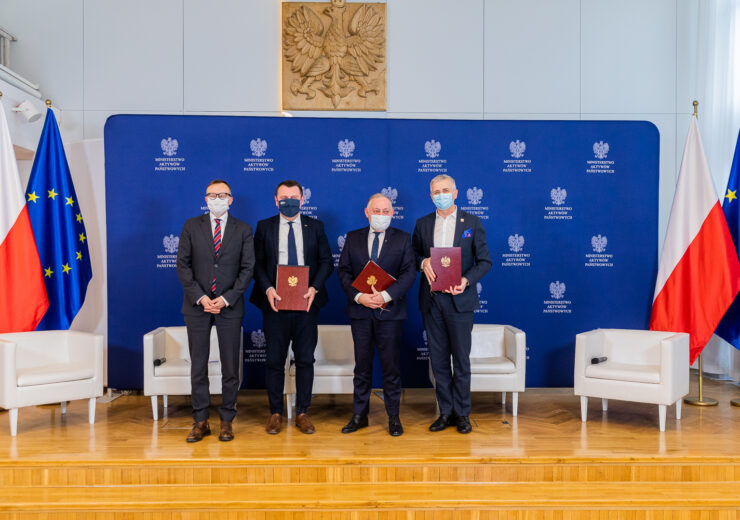 In this regard, the companies have signed a letter of intent (LOI) to cooperate on such future projects.

The LOI is said to represent the three firms’ recognition of the value of the offshore wind energy sector in developing the Polish economy and in boosting the country’s energy security.

Poland Deputy Prime Minister Jacek Sasin said: “The construction of offshore wind farms in the Baltic Sea is a project of great importance for the Polish economy.

“It is not only a step towards the transformation of our energy sector towards a low-carbon economy, but above all benefits related to stimulating development, increasing innovation, and using the potential of Polish companies.”

According to Tauron, the companies are encouraged to begin cooperation in developing the offshore wind farms in the Polish Exclusive Economic Zone, due to the synergy effect that they expect in their joint investments.

Tauron is targeting an installed capacity of 1GW in onshore wind turbines and 300MW from photovoltaic farms by 2025. The company hopes that future wind farms in the Baltic Sea will play a key role in its transformation post-2025.

“Today’s agreement will bring about a synergy effect in the construction of Polish offshore wind capacity. Wind energy in the Baltic Sea also plays an important role in our plans to build green capacities after 2025.”

PGE Polska, on the other hand, is in the process of finding an industry partner for the Baltica 2 and Baltica 3 wind projects, offshore Poland, which have a combined capacity of 2.5GW.

According to the company, the LOI signed with Enea Group, and Tauron will not impact its selection process and the offshore wind farms to be jointly developed with an industry partner.

Enea Group is looking to actively take part in the development of offshore wind projects and other renewable energy assets.

The execution of future offshore projects with the two other Polish firms in the Baltic Sea is in line with its renewable energy goals.