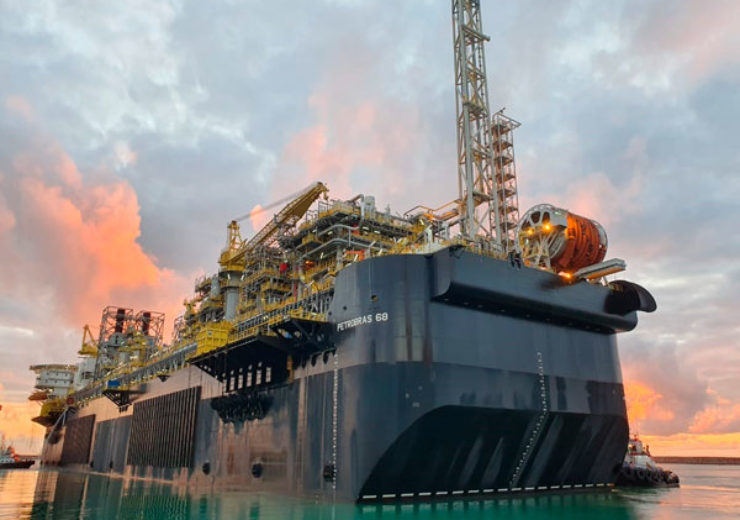 Image: The P-68 FPSO sailing towards the Berbigão and Sururu fields. Photo: courtesy of Petrobras.

Petrobras said that the P-68 floating, production, storage and offloading unit of oil and gas (P-68 FPSO) platform is heading towards its destination in the Santos Basin pre-salt cluster at the Berbigão and Sururu fields, offshore Brazil.

Equipped with a storage capacity of 1.6 million barrels of oil, P-68 will become the fourth platform for Petrobras to begin production in 2019 after the P-67, P-76 and P-77 platforms.

The company has 16 platforms in production at the Santos Basin pre-salt cluster along with more than 150 wells in operation, which are said to contribute 90% of all of the Brazilian pre-salt production.

Petrobras expects to commission seven more producing platforms in the Santos Basin pre-salt cluster in the next five years. Next in line is the P-70 FPSO, which is scheduled to begin production from the Atapu field in 2020.

Recently, the Brazilian national oil company signed two separate deals to sell some of its shallow water assets in the Santos and Campos basins to Trident Energy and Karoon Energy for a total of $1.5bn (£1.2bn).