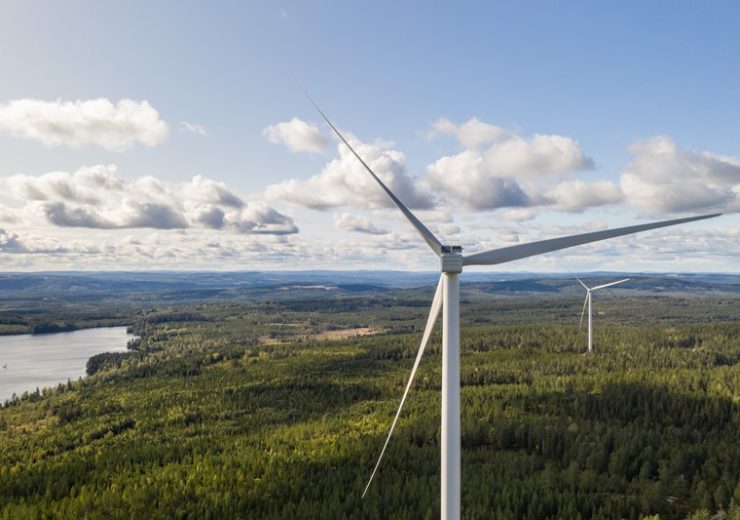 Located in Ludvika municipality, Sweden, the wind project comprises nine Nordex N117 wind turbines with a capacity of 3.7MW each.

The project is expected to generate 96GWh of power annually which is equivalent to power 19,200 homes each year while offsetting 56,700 tonnes of CO2 emissions each year.

OX2 CEO Paul Stormoen said: “We are pleased that we were able to implement another project with Fontavis. As with the Stigshöjden wind farm that was commissioned last autumn, the cooperation during the construction phase worked very well.

“We are now committed to managing the wind farm for Fontavis to ensure a safe operation and to deliver the greatest possible return of investment.”

Fontavis director Thomas Vogt said: “With the completion of another wind farm in Sweden with OX2, Fontavis again demonstrates its competence and ability to generate attractive deals and successfully implement them with the right partners.”

In March, Octopus Renewables Infrastructure Trust (ORIT) has signed an agreement with OX2 to acquire the 48MW Ljungbyholm wind farm, a construction-ready wind farm in Sweden, for €68m.

The wind farm, which is located in the Kalmar municipality in South Sweden, could be operational in the second half of next year.

Featuring 12 of Nordex’s N149/4.0-4.5 wind turbines, the wind farm is estimated to generate nearly 150GWh of clean energy annually and could have an operating life of 20 years.