How to prevent a nuclear project from failing

Al Maiorino, outlines the grassroots strategies that are most effective in countering opposition to nuclear projects. 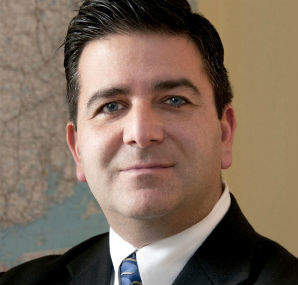 Al Maiorino, outlines the grassroots strategies that are most effective in countering opposition to nuclear projects.

Megaprojects consist of development in a variety of industries, including nuclear, that aim to achieve a particularly ambitious or remarkable scale. Substantial financial investment is usually required to make such projects successful, and they can take years to complete. Due to the tremendous investment involved, megaprojects can also be very risky, as investors and the public may lose a great deal of time and resources if projects do not make it to fruition.

Bent Flyvbjerg – a leading researcher on megaprojects from Oxford University’s Said Business School – stated that only one in ten megaprojects, which he defines as projects that cost more than $1 billion and affect more than 1 million people, are able to succeed. In part, Flyvbjerg’s comments come in light of South Africa’s plan to bring on 9600MW of nuclear capacity by 2030 through the construction of six new nuclear power plants. In a country that generates 85% of its power from coal and experiences frequent power outages, nuclear power offers an opportunity to stabilize power generation and thus, economic development, in a cleaner, more reliable way. However, without a concentrated effort to build public support, this nuclear project, like many others runs the risk of costly delays or even cancellation, just as Flyvbjerg’s observed.

South African residents in opposition to the nuclear plan have begun to vocalize their views. Citing concerns of health risks, a high price tag against rising national debt and lengthy development timelines when an immediate solution is needed, many have begun to organise to try to replace the proposal with another solution. Meanwhile, joint projects by Russia and South Africa to educate and encourage "public acceptance of nuclear power" are called for in two memoranda of understanding on nuclear power cooperation that the two countries signed.

The nuclear industry is subject to the spread of misinformation as are many industries when new projects are proposed. Whether the size of a development is for a smaller expansion project or a full on multi-phase megaproject, community education is key as Russian and South African leaders suggest in the memoranda. While mega-projects may be disparaged, communities need to be well informed of the long-term benefits of a new development so that public support can be demonstrated while the project makes its way through the local and federal processes. Otherwise, public or political opposition to mega-projects can sink construction without fair review before it even begins.

Most large-scale projects struggle to maintain continuity of vision and message – especially the megaprojects with all of their complexity. Therefore, it is important to plan, organize, and structure any nuclear project, big or small, to maximise political, stakeholder and citizen engagement throughout the entire approval process.

Successful grassroots organisations have a well thought out plan employed from the moment a project is announced to spread awareness of a proposal and the benefits it will bring to a local, regional or national community. Tools to assist announcement include press releases, press conferences, a stakeholder involvement campaign, volunteer activity, digital advocacy and more!

Establish and maintain a database

The main objective of a database is to manage data in a way that allows for targeted communication and growth in the support base. The database can contain all households in a certain geographic area or just a particular group of likely supporters. Include and continue to collect missing telephone numbers, E-mail addresses, as well as valuable demographic information such as age, income, and political party. With strong data and an updated database, the education and identification of supporters will be more effective from a steady flow of communication.

This task is monumental for megaprojects. An essential function of a project-specific website is to enlist the help of supporters. Identify new supporters through a sign up page that gathers e-mail addresses for regular contact and notices about how to get involved. Launch this website when the project is announced to educate the masses through easily understood and retained information about the project. This site should be crafted in a way that allows supporters and the media to extract "sound-bites" that filter into the press, social media, and stakeholder communications. Digital advocacy is essential to delivering a consistent message, rallying supporters, and keeping them updated on the project’s latest news and endorsements.

Social media exists not only as a rally point for supporters to organise for important calls to action, but it also becomes an important medium for advertising. As a lower-cost option than print advertising that can work for any budget, Facebook allows for specific targeting based on the geolocation, interests, or demographics of social media users. Ads served to the audience that is most likely to support a project are the most effective. Calls to action on social media aim for more than just "Likes" on Facebook. Create a hashtag early in the approval process and spread awareness for use as soon as possible across all platforms. This way decision makers, those who are undecided, and supporters can refer directly to the list of hash-tagged remarks in support of a proposal as a resource.

Grassroots support is all about forming relationships between people with a common interest. The message will begin to spread rapidly when companies make the effort to meet in-person with identified supporters in many group settings in various neighborhoods or communities and open lines of communication with stakeholders in the nuclear industry. Ask supporters and stakeholders to write letters to newspapers to show support, and as review hearings and decision-time comes about, ask them to attend the hearings to vocalize their support. Often, supporters are more than willing to speak out in support of proposals that bring jobs, revenue or cleaner energy to their community — they just have to be asked!