ScottishPower Renewables, part of Spain's Iberdrola, has announced that the offshore substation has been installed at its €3bn East Anglia One offshore wind project located in the southern North Sea, nearly 59km from the coast of Lowestoft, UK. 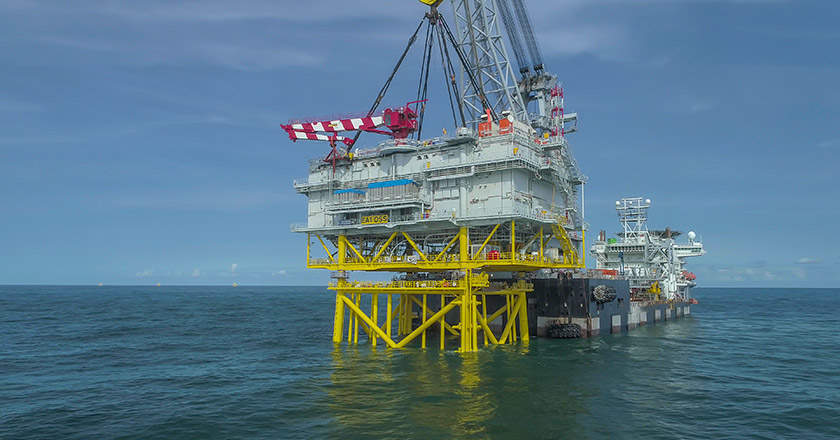 The substation comprises a topside which is designed to house the electrical equipment required to supply power from the wind farm to the shore in Suffolk.

The topside was installed on a 2600t steel jacket foundation which sits on four piles each weighing around 350t.

Over the next four months, a team of 60 electrical engineers and technicians will work to complete the equipment installation required to commission the substation.

ScottishPower Renewables East Anglia ONE project director Charlie Jordan said: “The offshore substation is the single largest and most complex piece of kit that we will build for this project, so it is good to see the structure safely in place. Now we will press on with the intricate electrical work, and continue with the installation of the turbine foundations.

“From the middle of next year we will start installing the towers and the blades, with electricity being generated before the end of 2019. We are very pleased with progress on East Anglia ONE. It won’t be long now until the windfarm is making an important contribution to the UK’s clean energy goals.”

The project is part of the larger East Anglia Offshore Wind Zone, which will have 7.2GW of power generation capacity and be installed in an area of 6,000km² off the coast of East Anglia.

Additionally, the project is expected to contribute to the UK’s aim to reduce greenhouse gas emissions by 34% by 2020 and at least 80% by 2050 as part of its Climate Change Act 2008.