The SPAC merger deal will enable the Fluor-backed NuScale Power to go public and gain cash proceeds of up to $413m, which includes a fully committed private investment in public equity of $181m 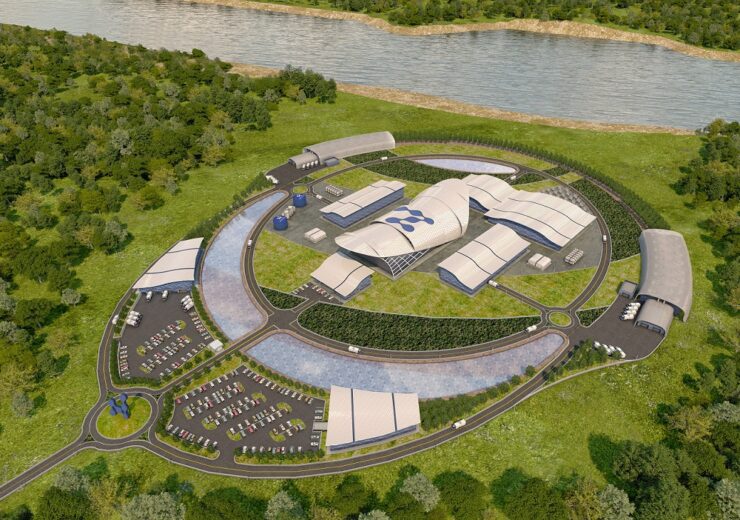 NuScale Power, a provider of nuclear small modular reactor (SMR) technology, has agreed to merge with blank cheque company Spring Valley Acquisition in a deal that values the combined company at around $1.9bn.

Based in Oregon, NuScale Power has developed an advanced nuclear power solution called the NuScale Power Module (NPM), which has a capacity to produce 77MW of power.

The company’s VOYGR power plant is designed to accommodate configurations of four, six, and 12 modules that will be able to deliver up to 924MW per day.

The NPM’s design and safety features are said to enable its integration into electric grids or used in a range of industrial applications like water desalination, carbon-capture technology, and commercial-scale hydrogen production.

Spring Valley Acquisition CEO Christopher Sorrells said: “NuScale is a bellwether company that has developed pioneering technology that can have a transformational impact on humanity by improving the energy sector.

“By receiving Standard Design Approval from the NRC, NuScale has helped establish a new standard in nuclear safety, and in doing so, developed a new carbon-free power solution that provides unique capabilities and performance that can realistically factor into the clean energy transition in the near term.”

The company is said to have an expanding customer development pipeline with 19 memoranda of understanding (MOUs) or agreements in place across 11 countries.

NuScale Power president and CEO John Hopkins said: “The scale of our ambition is only matched by the world’s enormous decarbonisation needs, and now is the right time to accelerate and expand our efforts to bring our trailblazing SMR technology to more customers around the world.

“Spring Valley will be a highly complementary strategic partner for NuScale as we enter this next phase of growth, with leadership that brings deep expertise in sustainable energy and a strong operating and investment record in the energy sector, including in nuclear power.”

Following the merger, NuScale Power could get cash proceeds of up to $413m. This includes a fully committed private investment in public equity (PIPE) of $181m.

NuScale Power said that it plans to use the proceeds to finance its commercialisation plans.

Fluor, which is currently the majority shareholder in the company, is expected to control nearly 60% of the combined entity, post-merger. Since 2011, Fluor had invested over $600m to help launch NuScale Power’s SMR technology to market.

The deal, which is subject to approval from Spring Valley’s shareholders and other customary closing conditions, is anticipated to close in the first half of 2022.