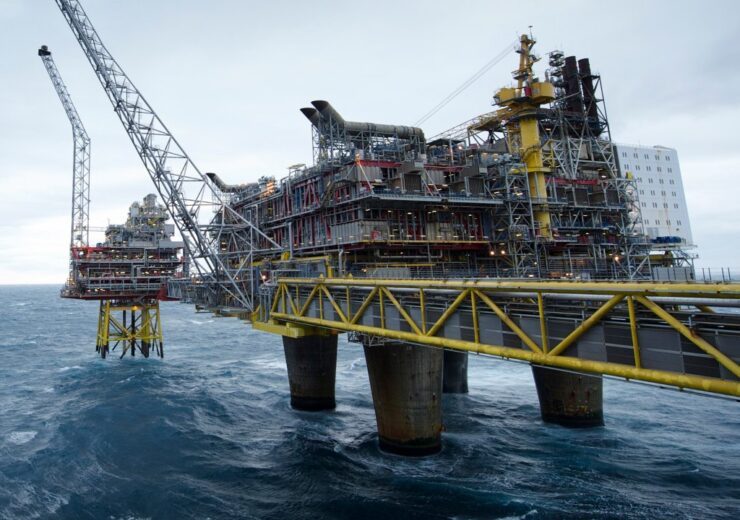 The Norwegian Ministry of Petroleum and Energy has enabled increased gas production from the offshore Oseberg, Troll, and Heidrun fields in Norway to meet the gas demand in Europe.

In this connection, the Ministry has approved applications for revised production permits for the three fields on the Norwegian Continental Shelf (NCS), which produce at almost their maximum capacities.

According to the Norwegian government, the approved applications will not considerably ramp up the daily total Norwegian gas production. However, they will contribute towards sustaining the export volumes of Norwegian gas that are currently high.

The Oseberg field in the North Sea has been producing since 1988. It is operated by Equinor.

The Troll field, which is also located in the North Sea, has been producing since 1995. It is operated by Equinor as well.

The Heidrun field is another field that is operated by Equinor. Located in the Norwegian Sea, the field has been producing since 1995.

Equinor said that the adjusted production permits from the government will let the Oseberg field boost its gas exports by nearly one billion cubic metres in the period up to 30 September 2022.

Gas exports for the Heidrun field can be increased by 0.4 billion cubic meters for the calendar year 2022, said the Norwegian oil and gas firm.

Production from the Troll field can be ramped up to a maximum of one billion cubic metres of gas if there is a loss of production on other fields in the area, said the company.

Equinor Norway exploration and production executive vice president Kjetil Hove said: “Our focus is to maintain safe and efficient operations on our facilities, remaining a reliable supplier of energy to the markets in Europe in a highly challenging situation.

“In close dialogue with the authorities and our partners we are now taking steps to maintain the high production level from the winter.”

The Ministry stated that Norway supplies 20% to 25% of the gas consumed in the European Union (EU) and the UK via an extensive network of offshore pipelines. The LNG plant at Hammerfest in Northern Norway is an exception to this.

After production at the LNG plant is resumed, which is expected mid-May 2022, it will add some more gas into the global marketplace, said the Norwegian government. Currently, the Hammerfest LNG plant is out of operation due to a fire incident in 2020.

“The Government may contribute by facilitating efforts by the companies to maintain the current high level of production. With the approvals regarding Oseberg, Troll and Heidrun we are doing just that.”