Through the phase 3 development, Equinor and its partners aim to unlock 347 billion cubic metres of gas or 2.2 billion barrels of oil equivalent contained in the western part of the Troll field 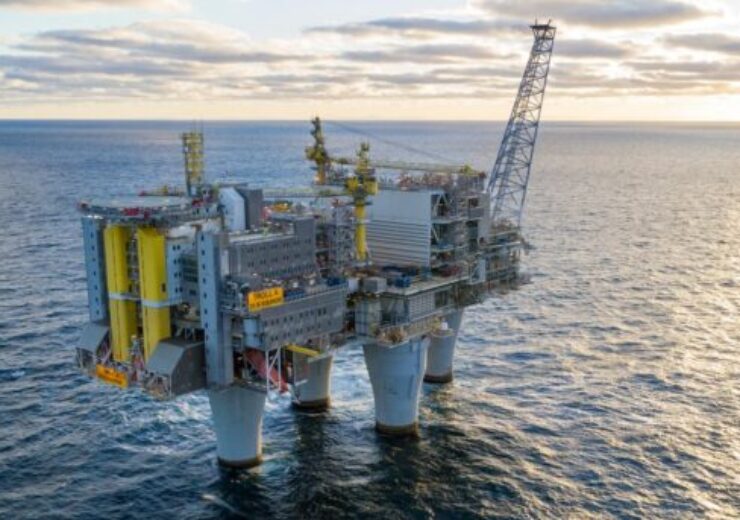 Equinor and its partners have started production from the NOK8bn ($926.45m) Troll phase 3 project in the Norwegian North Sea.

The phase 3 project involves the development of the large gas reserves contained in the western part of the Troll field. It is expected to extend the production of the offshore Norwegian field to 2050 and beyond.

According to Equinor, the recoverable volumes from the phase 3 development are estimated to be 347 billion cubic metres of gas or 2.2 billion barrels of oil equivalent.

The gas produced from the Troll phase 3 project is sent to the Troll A platform and subsequently into the existing infrastructure.

Equinor said that the phase 3 project has a break-even price under $10 and less than 0.1 kg per barrel oil equivalent of CO2 emissions.

Equinor projects, drilling and procurement executive vice president Arne Sigve Nylund said: “Troll phase 3 is one of the most profitable projects throughout Equinor’s entire history, while at the same time featuring production with record-low CO2 emissions.

“This is thanks to large gas reserves and a development solution mostly based on existing infrastructure, such as pipelines, the processing plant at Kollsnes and, not least, the Troll A platform which receives power from shore. The project has been executed without serious injuries, which is extremely important.”

The Troll phase 3 project saw the drilling of eight wells in two templates. The project also involved laying a new pipeline and an umbilical to connect the templates to the Troll A platform.

A new gas processing module was also installed on Troll A as part of the project.

A plan for development and operation (PDO) of the project was approved by the Norwegian Ministry of Petroleum and Energy in December 2018.

In July 2021, the Norwegian Petroleum Directorate (NPD) gave its consent for commissioning the project, located 60km west of Sognefjorden.

Equinor estimates the annual state revenues from the Troll phase 3 project to average over NOK17bn ($1.97bn).

The Norwegian oil and gas firm said that the annual export volume from the Troll field is equivalent to nearly 8% of the gas consumption in the European Union.

The further development of the Troll field also strengthens the ability of Norway to secure gas deliveries to Europe in the coming decades, said Equinor.