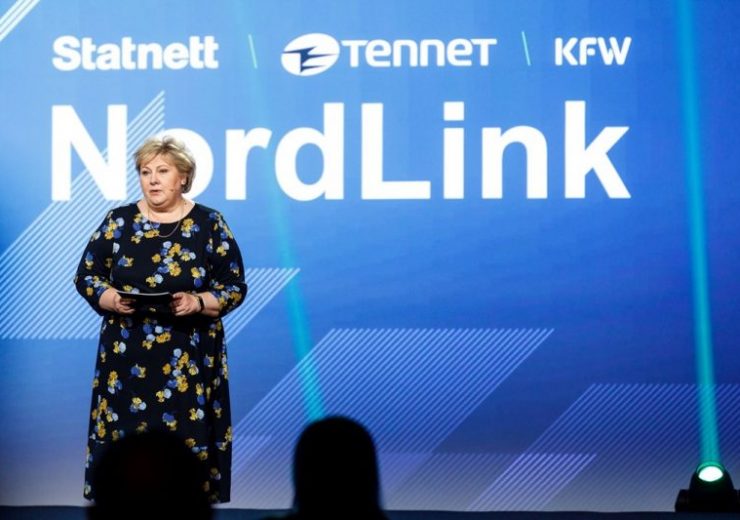 German Chancellor Angela Merkel and the Norwegian Prime Minister Erna Solberg have officially commissioned the NordLink interconnector project laid between the two countries with an investment of €1.7bn-€1.8bn.

The 623km long high-voltage direct-current (HVDC) transmission system, which has a capacity of 1.4GW at ± 525 kV, began commercial operation in March 2021.

It has been designed to exchange wind energy from Germany with hydropower generated in Norway for the next 40 years and link two optimally complementary systems.

The transmission project took five years for its completion.

Angela Merkel said: “The first direct electricity bridge not only helps to stabilise energy prices in both countries.

“NordLink is a milestone for sustainable energy supply and climate protection in Europe. Because the focus is on exchanging renewable energy.”

It is made up of a 516km submarine cable in the North Sea and a 54km long underground cable and a 53km overhead line.

Laid between Agder in Norway and Schleswig-Holstein in Germany, the transmission project can supply power to nearly 3.6 million German households.

Erna Solberg said: “NordLink will be of great benefit to both Germany and Norway. It will contribute to a more efficient use of power resources and lay the foundations for further investments in renewable production.

“It will also contribute to our joint efforts in lowering emissions. As Germany is phasing out coal power, NordLink will ease the transition from fossil to renewable power production.

“At the same time, it will provide access to energy when Norway needs it.”

The converter stations of the interconnector project are located in Wilster in Schleswig-Holstein, Germany and Tonstad in southern Norway. At the two sites, electricity is converted from DC to AC or vice versa and supplied into the respective German and Norwegian AC transmission grids before it is supplied to households and businesses.