Nordex has secured a contract to supply 80 turbines for two wind power projects with a total capacity of 252MW in South Africa. 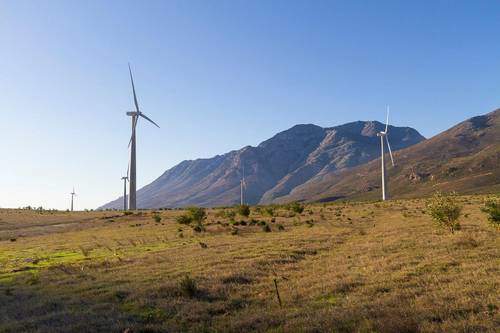 For these two wind farms, Nordex will supply its AW125/3150 turbines. The first project Garob will include 46 turbines and the order was placed by Enel Green Power.

The second project Copperton includes 34 turbines and the order was placed by Elawan.

The two wind farms are located in the province of Northern Cape close to the town of Copperton.

For the two projects, the company will provide delivery and installation services along with multi-year maintenance services. It will also supply the 100 meter concrete towers, which will be produced close by, thus lowering costs and increasing local manufacturing content, Nordex stated.

Nordex chief sales officer Patxi Landa said: “South Africa is an important market for us, which is why we are pleased to be executing these two orders. We have been awarded turbine supply for a total of around 400MW in 2018.”

Few days ago, Nordex had received an order from AES Corporation’s subsidiary AES Argentina Generación to supply 30 of its AW132/3300 turbines for the 99MW Energética wind farm in Argentina.

This wind farm will be located in the Province of Buenos Aires near Bahia Blanca. This location is claimed to be characterized by average wind speeds above 10 meters per second.

With an installed wind power capacity of more than 23GW in over 25 markets, Nordex generated sales of €3.1bn in 2017.

In August, the company installed its N149/4.0-4.5 turbine with a nominal output of 4.5MW at the Wennerstorf II wind farm located roughly 30 kilometres south of Hamburg.

Manufactured by Nordex, the single-piece rotor blade of the N149/4.0-4.5 measures almost 73 meters in length.