The company has extended its services to maintain 21 N117/2400 turbines at the 50.4MW Florida wind farm for further five years 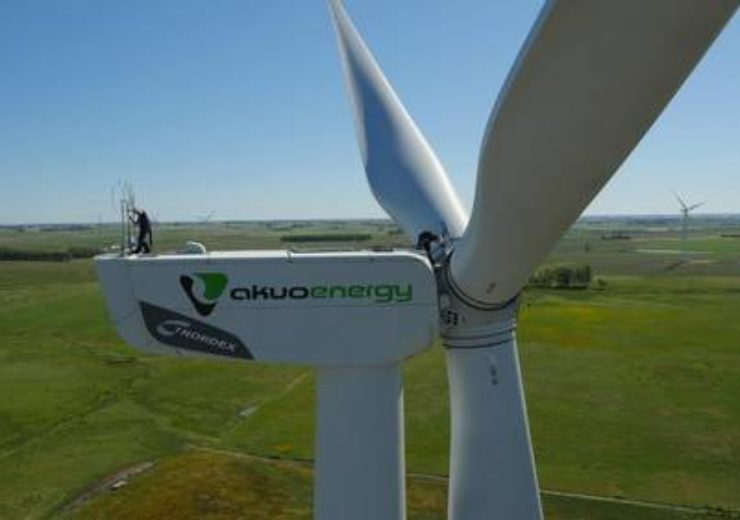 Image: Nordex secures services contracts for 150MW wind farms in Uruguay and the US. Photo: courtesy of Nordex SE.

German turbine manufacturer Nordex has received orders for the full maintenance of three wind farms with a total combined capacity of 150MW in Uruguay and the US.

In Uruguay, the company has won an extended services contract to maintain 21 N117/2400 turbines at the 50.4MW Florida wind farm for further five years.

Located near the city of Florida, about 110km north of Montevideo, the wind farm has been operations in December 2014 and have been serviced by Nordex since then.

The wind farm is operated by Akuo Energy.

Nordex has also extended its full service contract for an unnamed 50MW wind farm in Cerro Largo, in the north-east of Uruguay for further six years.

Nordex said that the both wind farms have had availability of between 98% and 99% in recent years.

Nordex extended its services for 50MW wind project in Maryland

Further, the company has extended its services for an unnamed 50MW wind project in Maryland, US for further 10 years.

The project comprises 20 N90/2500 wind turbines and the company has been providing operations and management (O&M) services to the project since operations commenced in 2011.

Recently, the company has received an order from Mainstream Renewable Power to supply turbines for its 86MW Alena wind farm to be located in Chile.

Nordex will supply 18 of its N149/4.0-4.5 turbines from Delta4000 series and the 4.5MW turbines will operate in 4.8MW mode. The company has also signed a premium service contract for a period of 15 years, with an option to extend by further five years.

The firm has also received an order from Karayel Elektrik to supply and install wind turbines totalling 76.8MW for the Vize-2 wind farm in Turkey.