The wharf forms the phase one of the $930m oil and refined products terminal project in Plaquemines Parish, Louisiana 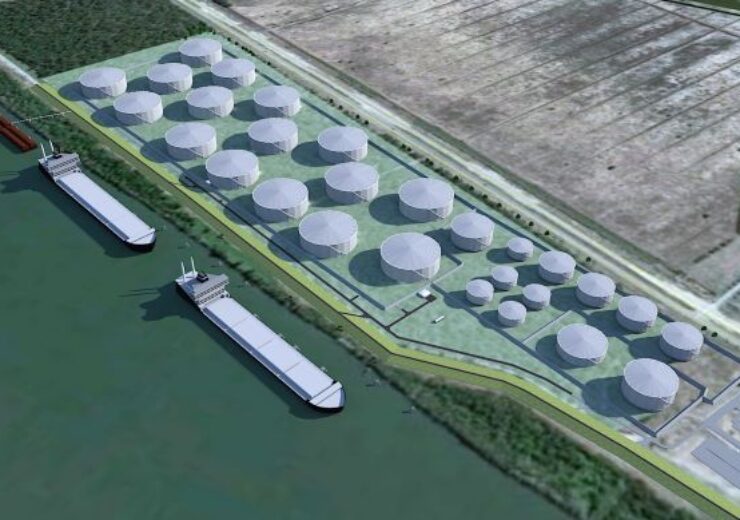 The site will have a storage capacity of more than 10 million barrels. (Credit: Business Wire)

NOLA Oil Terminal has commenced the construction on first Mississippi River wharf in the US for the handling of 1200ft vessels.

The wharf forms the phase one of an oil and refined products terminal project in Plaquemines Parish, Louisiana.

In summer this year, the $300m wharf and dock bond funding has been sanctioned for the project, which helps to provide access for large vessels such as the New-Panamax and the Suezmax in Mississippi River.

The total cost of the NOLA Oil Terminal project is $930m.

The initial water-side phase of the project consists of two deep water berths for the tankers and one barge dock.

Its two berths hold the capacity to moor 170,000-tonne vessels, while the barge dock is designed for both inland and oceangoing tank barges. The second phase of the project includes land-side construction.

“That changes today. This terminal will be the first in the area to be able to accommodate vessels which currently are too large and deep to dock in the Mississippi River or in most Gulf of Mexico and Eastern Seaboard ports. The positive impact on Louisiana’s economy will be immense.”

Once operational, the NOLA Oil Terminal will have a capacity to accommodate up to six tankers per week.

With two wharfs, the completed structure is anticipated to have a storage capacity of more than 10 million barrels.

The phase one, which covers wharves and docks, is expected to be completed in the middle of next year.

In addition, the second phase, which covers the land-side section, is under development phase.

NOLA Oil Terminal expects to create more than 1,000 construction jobs through completion of phases one and two, in addition to opening new channels to import and export crude oil and other clean petroleum products.