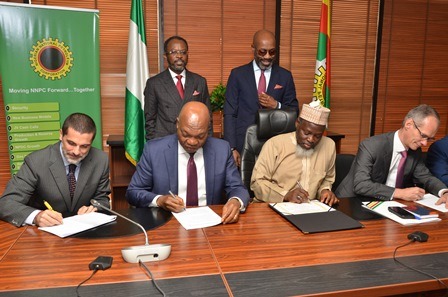 SPDC, which holds a stake of 30% is the operator of the gas project. NNPC is the largest stakeholder with 55% while TEPNG and NAOC hold stakes of 10% and 5%, respectively.

The Assa North Gas Project calls for the development of the 4.3 trillion cubic feet of reserves estimated to be contained in the Assa North and Ohaji South Fields (ANOH).

According to NNPC Group public affairs division general manager Ndu Ughamadu, the onshore gas project after its full development, will add nearly 600 million standard cubic feet of gas per day (mmscfd) to the national gas grid. It will have a capacity to expand to 1.2 billion cubic feet per day, while a further 197 million stock barrel (mmstb) of condensate will also be drawn through the project, said Ughamadu.

NNPC said that it will aim to accelerate and deliver the first gas from the Assa North Gas Project between the last quarter of this year and the first quarter of 2020.

At peak production, the onshore gas project is estimated to yield 300 million standard cubic feet of gas per day. The produced gas will be treated at the joint venture’s gas processing facility and distributed via the Obiafu-Obrikom-Oben pipeline network.

SPDC managing director Osagie Okunbor said: “The project is key to driving the Federal Government of Nigeria’s ambition of marching away from a mono-economy through diverse industrial growth.

“It is premier amongst the Seven Critical Gas Projects initiative led by the Ministry of Petroleum and the Nigerian National Petroleum Corporation (NNPC). Their integrated focus, support and drive were instrumental to this investment decision.”