US seismic reports come in; impact of new rules could be significant

The end of March marked the deadline for seismic risk hazard reports for more than 60 US nuclear power facilities based on a new catalogue of seismic events. The US regulator the NRC said that it would take about a month to review the submissions before confirming which plants will be required to do more extensive analysis of 'their ability to respond safely to a significant earthquake event'. 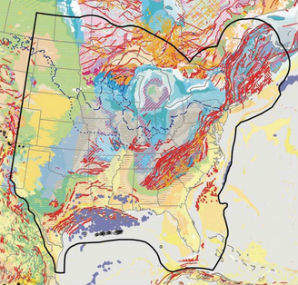 The end of March marked the deadline for seismic risk hazard reports for more than 60 US nuclear power facilities based on a new catalogue of seismic events. The US regulator the NRC said that it would take about a month to review the submissions before confirming which plants will be required to do more extensive analysis of ‘their ability to respond safely to a significant earthquake event’.

The NRC said it would release the reports in due course, (but has not yet done so).

However, the New York Times newspaper (Matthew Wald) quotes ‘industry experts’ who say that 24 sites reported that the new earthquake threat was larger than what they were designed to face. If true, they will have to do an extensive analysis.

The USNRC said that nuclear power plant designs set a basic standard for reactors to completely and safely shut down after an earthquake, based on site-specific information. Plant construction methods and other design factors add to a reactor’s capacity to safely withstand stronger motions than what the basic design describes.

It also said that it will require the same updates of the three western power plants (Palo Verde in Arizona, Columbia Generating Station in Washington, and Diablo Canyon in California), but delayed by one year because of the more complex geology in that region of the country.

The USNRC said that in 2012, the Department of Energy, Electric Power Research Institute and the NRC joined forces to update the "seismic source model" for the central and eastern U.S. This was based on a new understanding of what creates earthquakes on the North American tectonic plate, with a focus on the New Madrid fault zone near St. Louis, the Charleston fault zone near Charleston, S.C., and other updated information.

The USNRC said that the data on seismic sources will be used in conjunction with a ground motion model for the central and eastern U.S. as well as data from individual plants on the localized geology, topography, soil cover, and other data to create a picture of the "ground motion response spectra" for each plant. This new ground motion response spectrum at each plant will be compared with that developed in the past to see if the new data suggests the plant could see higher ground motions than previously thought. If that is the case, the plant will be considered to have "screened in" to further detailed seismic hazard analysis.

The USNRC said that those plants that "screen in" will be required to do a seismic "probabilistic risk assessment" or a seismic "margin analysis" to evaluate in detail how the existing plant structures and systems would respond to the shaking from the range of earthquakes that could affect the plant based on our current understanding of seismic sources. This assessment is extensive, involving experts from a variety of fields, and will require at least three years to complete. Once these assessments are complete, the NRC will decide if significant upgrades to plant equipment, systems, and structures are required.

In the meantime, to ensure that the plant is safe, the NRC requires that by the end 2014, plants have reported the interim actions they will take to ensure the safety of the plants before the assessment is complete. Such measures could include reinforcing existing safety-significant equipment or adding equipment.