The San Diego County Water Authority, in partnership with the city of San Diego in California, US, is considering plans for a 500MW pumped storage project at San Vicente Reservoir to boost energy supply after the shutdown of San Onofre Nuclear Generating Station. 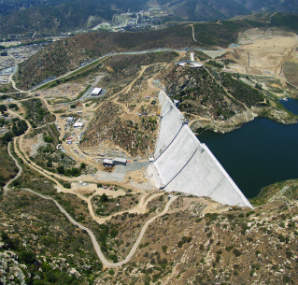 The San Diego County Water Authority, in partnership with the city of San Diego in California, US, is considering plans for a 500MW pumped storage project at San Vicente Reservoir to boost energy supply after the shutdown of San Onofre Nuclear Generating Station.

In a statement, the Authority said it is seeking firms to evaluate the economic and financial requirements of a pumped storage facility at San Vincente. The study will include an analysis of the power market, potential sites for an upper reservoir, regional power needs, and associated construction and operating costs.

The initial assessment is expected to cost less than $150,000 and be completed next spring. Construction would take be expected to take at least five years. It would be done in partnership with the city of San Diego, which owns San Vicente Reservoir.

“Given the closure of the San Onofre plant, it makes sense for us to determine whether we can leverage our experience with hydroelectric power to help meet the region’s need for clean energy," said Frank Belock, a deputy general manager at the Water Authority. "The concept of pumped storage at San Vicente has been on our radar for years and is a natural next step now that the San Vicente Dam Raise project is almost complete. An independent economic review will help the Board of Directors determine whether we should make it a priority."

The County Water Authority Act was amended by the state Legislature in 1999, enabling the agency to enter the wholesale markets for electricity and gas. It also allowed the Water Authority to sell hydroelectric power generated by the agency’s water delivery system to any retail electric provider.

The proposed project at San Vicente is expected to generate between 240 and 500MW, depending on the location of the upper reservoir, projected price differences between peak power and off-peak power, operational constraints and other factors.

Previous studies have identified four potential sites for an upper reservoir, which likely would hold up to 10,000 acre-feet of water. By comparison, San Vicente Reservoir will have the capacity for 242,000 acre-feet of water when construction to raise the dam is completed late this year. The city of San Diego and the Water Authority have an agreement for joint use of the expanded reservoir.

* Look out for our July issue which includes an in-depth article detailing to work to raise the San Vicente Dam.