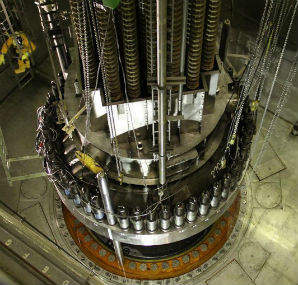 The project is the first large-scale component replacement with installation to be carried out by MHI at a nuclear power plant outside of Japan.

MHI delivered the new RVH to the site in April 2010, along with new control rod drive mechanisms (CRDM) in August 2012. The components were replaced during an outage running from January to 6 March 2013, MHI said in a statement.

MHI acted as project coordinator during the replacement work. The work involved removal of the existing closure heads, assembly of the new RVH and CRDMs inside the nuclear containment vessel and then installation. Two US firms, Aquilex WSI and Transco Products Inc were responsible for production and installation of thermal insulation material, according to MHI.

MHI said that it has exported "numerous components, including 15 replacement RVH units to the USA," however the Angra 1 project is the first overseas component replacement/installation project MHI has carried out.