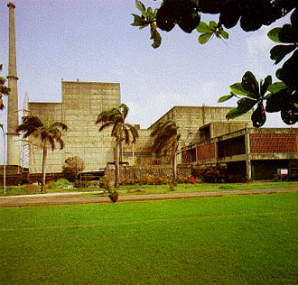 The world nuclear community has made "noteworthy progress" in strengthening nuclear safety in 2012, the International Atomic Energy Agency (IAEA) said in its annual Nuclear Safety Review 2013. However it noted that ageing nuclear facilities continue to represent a challenge for the industry.

The report said that an ‘overwhelming majority’ of Member States with operating nuclear plants have now undertaken and essentially completed comprehensive safety reassessments and many have introduced additional safety measures including mitigation of station blackout.

The IAEA report also noted the agency’s own action with regard to managing long term aging through its International Generic Ageing Lessons Learned (IGALL) programme launched almost three years ago (September 2010). The IGALL programme has collected best practices and knowledge worldwide on verified ageing management programmes for safety related structures, systems and components. A guide for implementing, maintaining and improving ageing management programmes together with a website database is expected to be published in 2013, the report said.

The report also reiterated the fact that preparatory work is now underway on a comprehensive IAEA report on the Fukushima Daiichi accident. Due to be finalised in 2014, the report will consist of scientific and technical sections addressing, inter alia, nuclear safety, radiation exposure and radiation protection, IAEA said.

Photo: Units 1&2 of the Tarapur Atomic Power Station (TAPS), India, are some of the world’s oldest reactors, starting up in 1969