Dugong has been drilled by the Deepsea Yantai, a new semi-submersible rig, owned by CIMC and operated by Odfjell Drilling 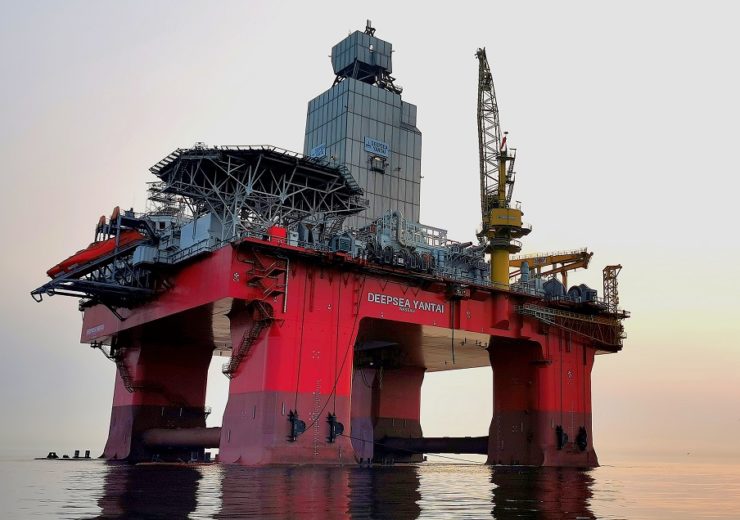 UK-based oil and gas company Neptune Energy and its partners have discovered hydrocarbons in the Dugong well in the Norwegian sector of the North Sea.

Owned by CIMC and operated by Odfjell Drilling, the Deepsea Yantai, a new semi-submersible rig, is used to drill the Dugong well in license PL 882.

The well is located is 158km west of Florø, Norway, in a water depth of 330 metres and close to the existing production facilities of the Snorre field and the reservoir lies at a depth of 3,250 – 3,400 metres.

Neptune Energy is the operator of the Dugong well

Neptune Energy stated: “Upon entering the reservoir, logs and cuttings have identified hydrocarbons and a decision has been made to initiate coring.

“The operations in the reservoir section are still at an early stage and final results are not yet available.

“A contingent side-track may be drilled to further define the extent of the discovery.”

The firm said that the drilling programme involves a main bore with a down-dip side track, following the results of the main bore.

Neptune Energy is the operator of the Dugong well with a 40% stake, while its partners include Conced,  Petrolia NOCO, and Idemitsu Petroleum Norge, with each holding a 20% stake.

Recently, Neptune Energy has announced drilling has commenced on the Dugong exploration well in the Norwegian sector of the North Sea.

Dugong is said to be the first operated exploration well to be drilled by Neptune in the northern North Sea since the Duva discovery in 2016.

The firm has also secured drilling permit from the Norwegian Petroleum Directorate (NPD) for two wildcat wells in the North Sea offshore Norway.