NEC Energy Solutions said that it is supplying the Neoenergia Group with its DSS distributed storage solution in the Fernando de Noronha archipelago off the coast of Brazil. 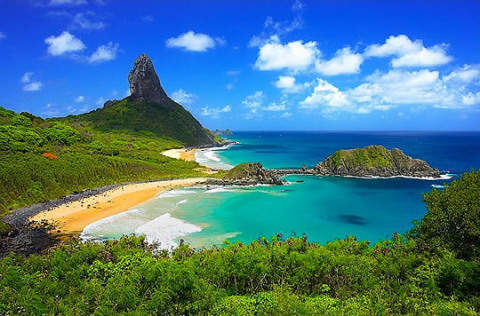 Image: NEC is supplying the Neoenergia with its DSS distributed storage solution for use on the Fernando de Noronha archipelago. Photo: courtesy of Business Wire.

Once completed in August of 2018, the lithium-ion technology based system, along with NEC’s proprietary software and energy storage control system AEROS, will be used in an R&D project to assist in demand charge management and firming of the island’s solar power generation.

It will also assist in diesel fuel reduction to help preserve the natural environment of Fernando de Noronha.

The proposal was presented by Celpe, of the Neoenergia Group, in response to a request from ANEEL (National Electric Energy Agency) in 2017.

The project also aims to find a sustainable and ecological way to replace energy generated by diesel, currently used in the archipelago at times when there is no sun.

To date, there is no energy storage system in Fernando de Noronha that allows for the accumulation of energy generated throughout the day.

“The product is unique in the market because of its high capacity, in addition to being small and safe, which are very important characteristics considering it is an archipelago with reduced space and extensive preservation area.

“The development and commercialization of this type of solution is in line with the company’s value proposition whose principle is to contribute to the evolution of society through innovative technology.”

Neoenergia Group R&D corporate manager José Antonio de Souza Brito said: “The research and development project in Fernando de Noronha is expected to be completed in August of 2018, when the performance evaluation will commence for the next four years. The project aims to reduce the intermittent generation of energy from the island’s solar farms in addition to helping reduce the consumption of diesel fuel to help preserve the local natural environment.

“Our proposal was evaluated thoroughly by the sector’s regulatory body, ANEEL, and we are quite optimistic that it will be a success. In fact, we are conducting studies for a potential extension of the current project scope to be put into practice at a later date.”

According to Carlos Eduardo Ribas, commercial manager of the Lactec Institutes who will act as project manager, NEC was not only chosen for the product attributes of its DSS solution but because of the company’s consultative approach in all aspects of the process which ultimately led to the identification of the best solution, specifically relevant to the unique needs of Fernando de Noronha.

Additionally, NEC’s DSS distributed storage solution works in small-sized enclosures – adding more safety, without affecting its energy characteristics, which proved to be one of the most efficient products on the market. Because of this it fully met the needs of the Fernando de Noronha archipelago project.

NEC Energy Solutions CEO Steve Fludder said: “This project is significant because it represents our first project in Brazil and is testament to our ever-expanding global installed base. It also speaks volumes to the increasing acceptance of our DSS distributed storage solution.

“I’m particularly pleased a key reason we won this project was because of our consultative approach in helping the Neoenergia Group find the best solution for this project.”

The DSS platform is scalable from 85kWh to 510kWh of energy storage capacity and offers from 100kW up to 710kW of power capability.

As a standardized, UL safety-certified, AC-ready system including power conversion system, the DSS product is preconfigured in outdoor-rated enclosures, compliant with all relevant regulatory and environmental requirements and is backed by up to a 10 year product warranty.