Operated by Eni, the Coral South FLNG project is located in Area 4, where it has been installed in a water depth of around 2,000m, for liquefying 3.4 million metric tons per annum of gas for transport 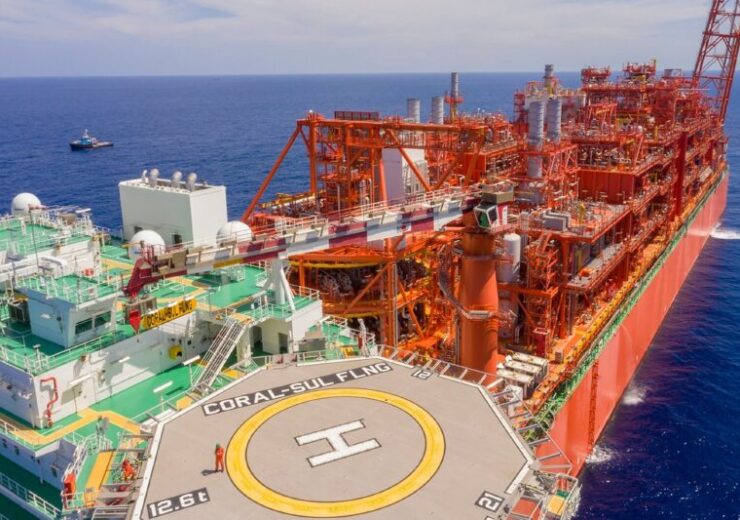 Eni said that Mozambican President Filipe Jacinto Nyusi has inaugurated the company and its partners’ $8bn Coral South floating LNG (FLNG) project in the ultra-deep waters of the East African country’s part of the Rovuma Basin.

The inauguration, which was attended by other government dignitaries and company officials, follows the shipping of the first cargo of liquefied natural gas (LNG) earlier this month.

Operated by Eni, the Coral South FLNG project is located in Area 4. Eni is partnered by ExxonMobil, Kogas, CNPC, Galp, and Empresa Nacional de Hidrocarbonetos (ENH) in the offshore area located off the coast of the Cabo Delgado Province.

The Italian oil and gas giant stated: “Coral South, a landmark project for the gas industry, is projecting Mozambique onto the global LNG stage, paving the way to a transformational change of the country through development of gas resources, an important contribution to the security and diversification of supplies to Europe and one of the most effective solutions to ensure a just energy transition.”

Eni revealed that the company’s representatives and President Nyusi during the sidelines of the inauguration ceremony also talked about potentially replicating the Coral South project with further FLNG development. The discussions were also on developing other onshore projects, said the company.

Approved in 2017, the Coral South FLNG project is designed to produce 450 billion cubic meters of natural gas extracted from the Coral gas field. The facility, which has been installed in a water depth of around 2,000m, will liquefy 3.4 million metric tons per annum of gas for transport.

The Coral gas field has been developed with six subsea producing wells that are linked to the FLNG vessel.