The power generation system utilizes a "double flash and dual pressure" method, the first of its type in Japan 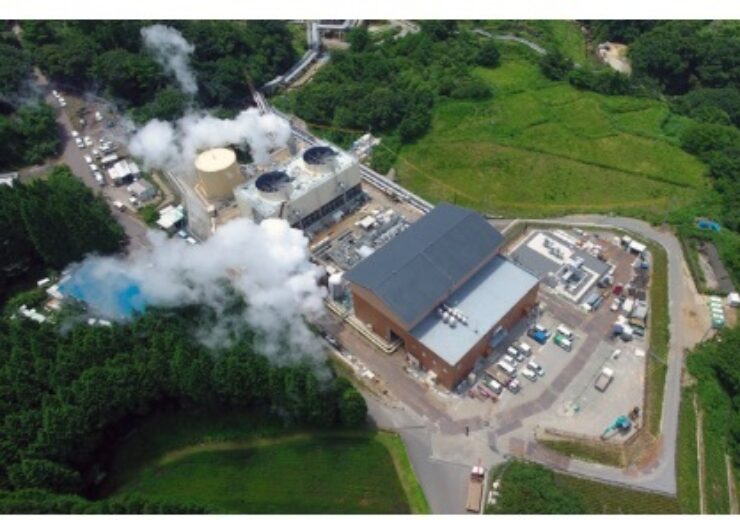 Mitsubishi Power, a major subsidiary of Mitsubishi Heavy Industries (MHI) Group, has completed its renovation of the Otake Geothermal Power Station (Kokonoe-machi, Oita Prefecture) operated by Kyushu Electric Power Company. Commercial operation of the renovated facility began in October 2020. The stable electric power supply generated by the highly efficient and reliable steam turbine installed as part of this renovation project will curb CO2 emissions, and contribute to a decarbonized economy.

The power generation system utilizes a “double flash and dual pressure” method, the first of its type in Japan. This allows for stable operation of the steam well and efficient use of geothermal resources, and has increased the power output by two megawatts (MW) compared to the previous facility, to 14.5MW. Construction was completed two months ahead of schedule from the plan when work began in May 2019, allowing for the start of commercial operation in October.

Geothermal energy utilizes the heat energy of the magma chamber inside the earth, and because no combustion takes place above ground, little CO2 is emitted into the atmosphere, making it an effective method of power generation for curbing global warming. Further, because geothermal power is a type of renewable energy that makes use of the enormous heat energy in the earth?s interior, it is not subject to the cycles of season, weather, or time of day, offering a high availability factor nearly on a par with that of thermal power.

Mitsubishi Power, through innovative power generation technologies and solutions, will contribute to the realization of a sustainable decarbonized economy, and work to solve the wide range of issues facing global society.