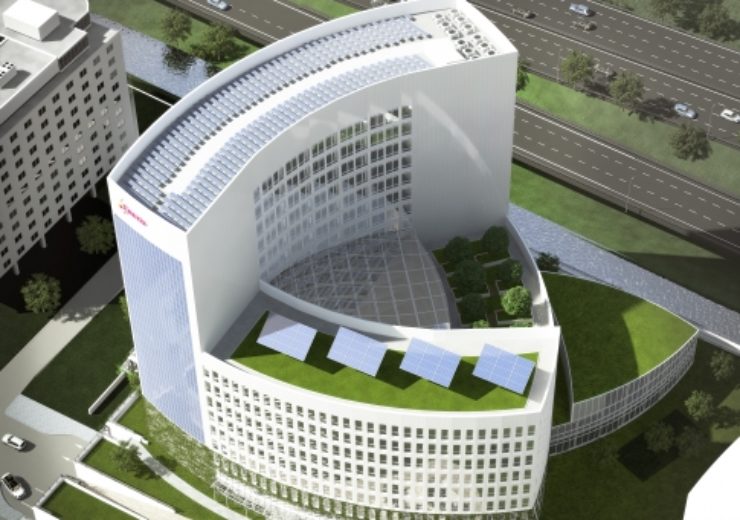 Headquarters of Eneco in Rotterdam. Photo: courtesy of Eneco.

A Japanese consortium made up of Mitsubishi Corporation (MC) and Chubu Electric Power has prevailed in a bid to acquire 100% of Dutch energy company Eneco by quoting a price of €4.1bn.

The Japanese firms have created a special purpose company called Diamond Chubu Europe to be based in the Netherlands to acquire Eneco, which is currently owned by 44 Dutch municipalities. Mitsubishi will hold 80% stake in Diamond Chubu Europe, while Chubu Electric Power will own the remaining 20% stake.

Eneco shareholders committee chairman Arjan van Gils said: “Several market players have shown great interest for Eneco, which confirms the unique position Eneco holds in the energy transition. Our priority was to conduct a diligent sale process, with consideration for Eneco’s sustainable strategy and other interests of all stakeholders of Eneco.

“We are therefore pleased that, in unanimity with the board of management and the supervisory board, we have found stable shareholders in Mitsubishi Corporation and Chubu for Eneco that share Eneco’s sustainable goals and ambitions.”

Eneco is a group of companies with operations in different parts of the world with focus on renewable energy and innovation. The group invests in wind farms, biomass facilities, and heat and solar parks.

Operating primarily in the Netherlands, Germany, and Belgium, the renewable energy group claims to have the second largest share of the Dutch energy market. Its Dutch portfolio features an installed capacity of nearly 1.2GW in renewable energy assets.

Eneco’s businesses comprise power generation, which is partly through its renewable assets, the trading and sale of gas and electricity, and the supply of district heating systems.

Mitsubishi and Eneco have been working together since 2012, and have developed three offshore wind projects, with a combined capacity of 1.23GW and a 48MW battery storage projects in Europe.

The acquisition is expected to help Mitsubishi to fast track its own initiatives in renewable energy by utilising Eneco’s strengths as a developer and operator of renewable assets. Mitsubishi plans to transfer more than 400MW of its offshore wind capacity to the Dutch energy company.

Mitsubishi CEO Takehiko Kakiuchi said: “Eneco fits in perfectly with our current energy activities and provides us with a platform to further grow in the European market in which we intend to have a leading position in the energy transition. We strongly believe that we are the best partner for all stakeholders of Eneco and look forward to jointly further develop a sustainable strategy.”

The proposed acquisition is expected to be completed before the summer of 2020, subject to receipt of the relevant approvals. Post-acquisition, Eneco will continue to operate as an integrated and independent Dutch energy company headquartered in Rotterdam.