The Alameda-1 well, which is located in onshore Block 9 PSC, is drilled to a depth of 1842m 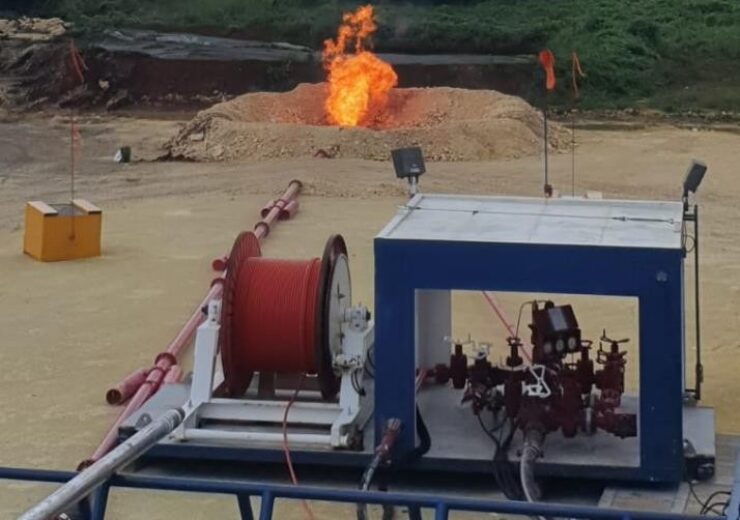 Melbana Energy has announced that drilling at the Alameda-1 exploration well in Cuba encountered an increasingly strong influx of gas with some oil.

Located in Block 9 PSC, onshore Cuba, the Alameda-1 well had been drilled to a depth of 1842m.

Covering 2,344km2 on the north coast of Cuba, the block is located 140km east of Havana in a proven hydrocarbon system.

Melbana owns 30% stake in a two well exploration drilling programme that is expected to test more than 235 million barrels of prospective resource in the block.

The company said it has implemented flaring procedures to manage the influx and has increased the mud weight to suppress it.

“Whilst drilling has not progressed as far as we had projected this past week, this was due to encountering a higher-pressure zone earlier than we expected.

“The gas and oil influx into the well bore provides even more encouragement regarding this shallow part of the well.”

Melbana said that the presence of oil in the well was confirmed based on smoke and colour of the flare.

However, the flaring was done without testing equipment, and it cannot confirm the proportions of oil and gas or the flow rate, said the company.

Melbana intends to seal off the drilled section of the well at its current depth, to facilitate progress of the drilling in a controlled manner with high mud weight to avoid damage.

Purcell added: “We await the results of the electric logging – which have been brought forward from the original plan – with great interest.

“It is important to remember that the pre-drill synopsis for this well is that the two main targets are yet to be reached.”

Earlier this month, Melbana announced that the Alameda-1 exploration well was drilling ahead at 1,820m in limestone and clastic sediments in the Upper Thrust Sheet.