LONGi Solar to supply 224MW modules for US solar project

LONGi Solar has secured a contract to supply modules for the 224MW bifacial+tracker solar farm to be built in Mitchell County, Georgia. 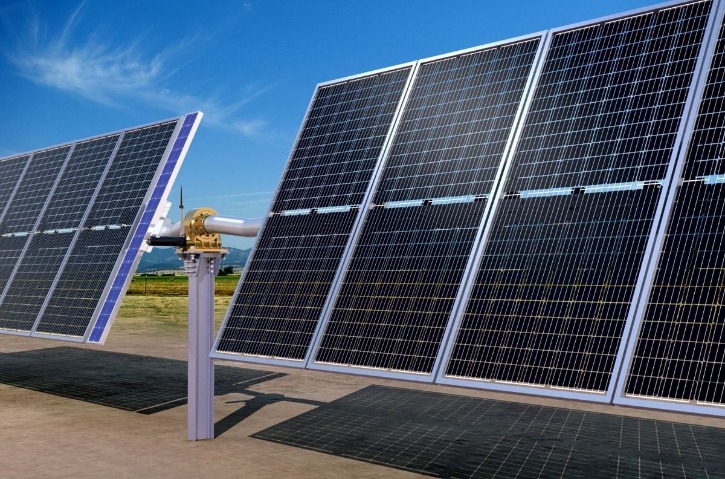 For the project, LONGi Solar, a wholly owned subsidiary of LONGi Group, will supply its bifacial PERC modules.

The company said that combining flat uniaxial tracker with bifacial module allows the front side of the module to continuously track sunlight to realize a power generation gain of more than 15% at appropriate latitude.

On the other hand, the rear side of the module can also generate energy from the light that reflects off of the desert environment to obtain a power generation gain of more than 10%. In all, the power generation is claimed to be more than 25% compared to traditional monofacial module + fixed rack PV system.

The present project is expected to be completed by the end of this year and will generate enough clean electricity to power more than 30,000 Georgia households, while generating more than $12m in the first 10 years of operation for the local economy.

Further project details and the customer who placed the order were not disclosed by the company.

The company, in a statement, said: “LONGi’s monocrystalline PERC module has the advantages of low degradation and effective anti-PID ability.

In August 2018, the company had supplied 200,000 modules for a solar project developed by Lightsource BP in the state of Maharashtra, India. The solar project was built on 240-acres of land and was awarded by the Solar Energy Corporation India (SECI).

Last February, LONGi Solar announced its plans to establish a 1GW cell and module manufacturing facility in India. The facility will be set up in Andhra Pradesh state with an investment of $309m to double its cell and module factory’s capacity from 500MW to 1GW.