The ongoing strike at six offshore fields could impact the production of 330,000 barrels of oil equivalent per day 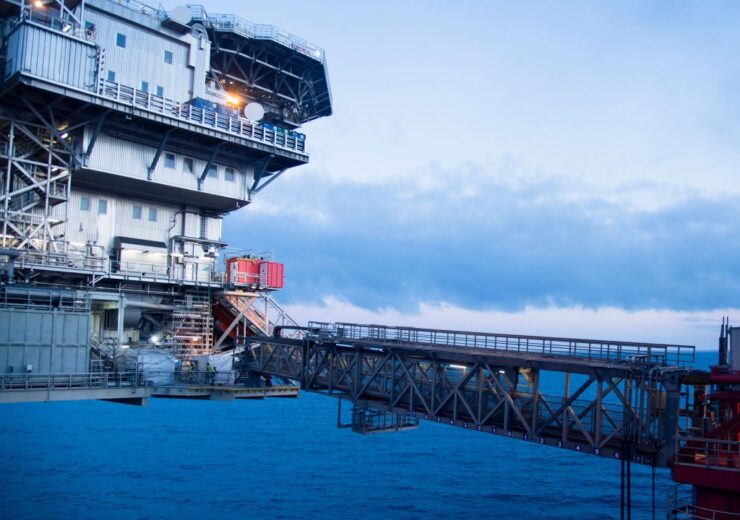 The strike by Lederne has resulted in the shut down of four Equinor-operated fields. (Credit: Equinor ASA)

Production at six oil and gas fields in the Norwegian North Sea has been impacted following a strike called by local trade union Norwegian Organisation of Managers and Executives (Lederne) over a pay dispute.

Nearly 170 members of Lederne are on strike across the six fields, reported Reuters. The trade union has a little over 1,000 offshore workers as its members.

The strike, which began on 30 September, is expected to impact the production of 330,000 barrels of oil equivalent per day (boed) from the six fields.

An extended strike is estimated to pose risks to nearly 8% of the total petroleum produced from the Norwegian continental shelf (NCS), according to Norwegian Oil and Gas Association (NOG), which represents oil and supplier companies in the country.

Four of the six fields are operated by Equinor. These include Gudrun, Gina Krog, Kvitebjørn, and Valemon, which have all been closed in a controlled manner by the Norwegian oil and gas firm.

Equinor revealed that 54 members of Lederne are on strike at at Gudrun, Gina Krog and Kvitebjørn. However, the company said that production at the Johan Sverdrup platform will not be interrupted as of now although 43 members of Lederne have been off duty.

Lederne has also taken off its members off the Gjøa field operated by Neptune Energy and the Vega satellite field, which is operated by Wintershall Dea Norge.

Background of the strike called by Lederne

The two unions represent 85% of the offshore workforce engaged in the NCS.

However, Lederne, which is said to be the smallest union of the three, did not agree to the terms and had called for a strike. The union had opted to strike as it wants higher pay than what has been offered, said the association.

As per the settlement, offshore workers will get an overall pay rise of NOK4,700 ($508). There will be an increase of NOK3.5 per hour in the shift and night-work supplement, to NOK80 per hour, and a hike in the allowance for working on public holidays among others for the workers, said the Norwegian Oil and Gas Association.