KIPIC has introduced hydrocarbon to run the gas pipeline project, which will feed the Al-Zour refinery 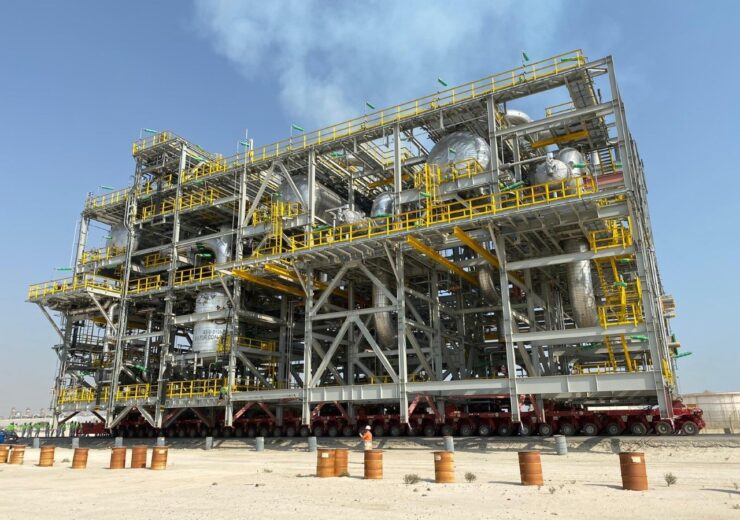 The Al-Zour refinery is being built approximately 90km south of the Kuwait city. (Credit: KIPIC)

The move marks the completion of a crucial stage of the Al-Zour refinery located approximately 90km south of the Kuwait city, Kuwait News Agency (KUNA) reported.

In 2006, KNPC revealed plans to build the Al-Zour refinery. However, the project was postponed repeatedly due to several concerns including political opposition.

According to Reuters, the long-delayed Al-Zour refinery is expected to bring Kuwait’s overall refining capacity to more than 1.5 million barrels a day, upon completion.

COOEC-Fluor completed the delivery of 188 modules in 20 separate shipments with a combined weight of 65,000 metric tonnes for the refinery project.

In July 2019, Honeywell was selected by KIPIC for reconfiguring Al-Zour refinery’s refining and petrochemicals sections with Honeywell UOP technology.

Honeywell UOP was contracted to provide technology licenses, design services, key equipment, catalysts and adsorbents for the production of clean-burning fuels, paraxylene, propylene and other petrochemicals.

The Al-Zour refinery will have the capacity to process Kuwait light crude or heavy mix crude to produce low-sulfur fuel.