K2 Management has bagged a construction monitoring contract for the 860MW Triton Knoll offshore wind farm being developed in the UK by Innogy, J-Power and Kansai Electric Power. 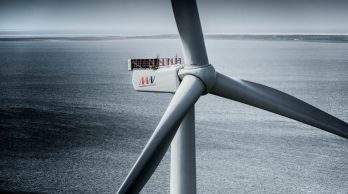 Under its contract, K2 Management, on behalf of a consortium of global lenders, will be responsible for monitoring of permitting, design, manufacturing and construction activities and project expenditure of the £2bn Triton Knoll offshore wind farm.

Earlier, the company served in the role of lender’s technical advisor for two years for the project.

Last week, Innogy and its partners reached financial close on the offshore UK wind farm with a consortium of 15 banks offering around £1.75bn debt facilities.

Triton Knoll project director Julian Garnsey said: “This is a great moment for Triton Knoll and the UK offshore wind industry as we formally secure the means to deliver around £2billion of new UK energy infrastructure.

“We are delighted to reach financial close so soon after bank launch; engaging with K2 Management as technical advisor from the early stages has allowed us together to develop a bankable and well-considered project from the beginning.”

The construction monitoring from K2 Management will begin from Q4 2018 until the wind farm enters commercial operations, which is expected to be in early 2022.

The construction contract for the record, which is worth £100m, was recently given to Murphy & Sons.

K2 Management project manager Vicky O’Connor said: “As the first of the 2017 CFD auction-winning projects to reach financial close; the largest capacity project to be project financed to date; and the first large scale deployment of the MHI Vestas V164-9.5MW, Triton Knoll really is a milestone project for the offshore industry.”

“Working closely with the project team from the early stages of development has allowed for bankability to be inherent throughout the process, resulting in financial close being reached in a relatively short period.”