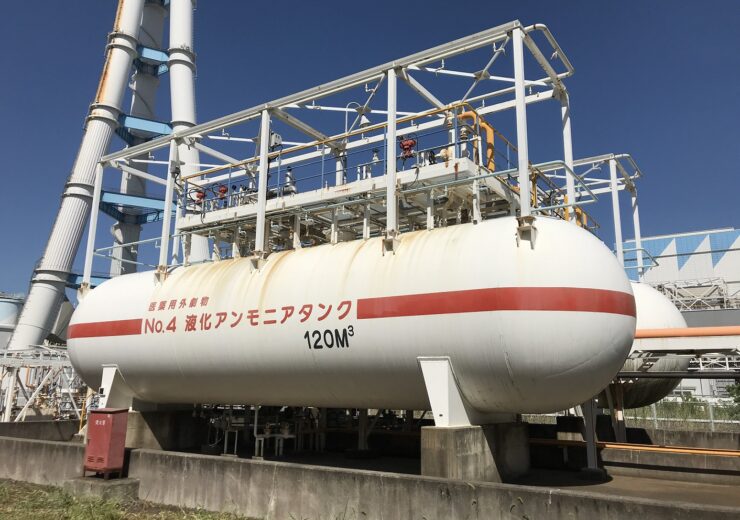 The two companies are working on a project to demonstrate the use of more volume of fuel ammonia at a large-scale commercial coal-fired power plant.

Designed to run for around 4 years through March 2025, the demonstration project targets achieving an ammonia co-firing rate of 20% at Hekinan power station unit 4 in fiscal 2024.

Also, the small-volume fuel ammonia project aims to develop a co-firing burner to be used for large-volume utilisation project at unit 4.

JERA and IHI will study the effects of various burner materials and combustion times to identify the required conditions for co-firing burners.

The companies will replace two of the 48 burners at Unit 5 with test burners, during a period of six months till March 2022.

The test burners at Unit 5 are expected to use nearly 200 tonnes of ammonia supplied from denitration tanks, installed at the power station.

The Japanese company stated: “JERA and IHI will move steadily forward through the steps of the demonstration project to achieve the large-volume utilization of fuel ammonia planned for fiscal 2024 with the goal of establishing CO2 reduction technology for thermal power stations.”

For the demonstration project, JERA is responsible for ammonia procurement and construction of related facilities such as the storage tank and vaporiser, while IHI is in charge to develop the burners.

In October last year, the company announced plans to build two new LNG-fired units with a combined capacity of 1.3GW at the Chita Thermal Power Station in Japan, while decommissioning five ageing units.

After the completion of the revamp, which is slated for late 2027, the power station will have three units in operation with a combined capacity of 2.15GW.