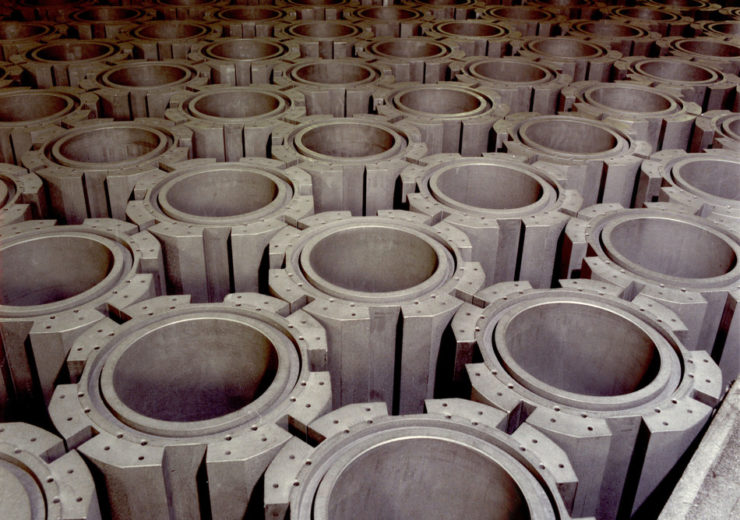 Graphite blocks in the core of an advanced gas-cooled reactor. (Credit: EDF)

US-based engineering company, Jacobs has been selected to study the release of radioactivity from irradiated graphite reactor cores sampled from reactor cores at the nuclear power stations in the UK.

Radioactive Waste Management (RWM), a subsidiary of the UK government’s Nuclear Decommissioning Authority, has selected Jacobs to lead the study.

According to Jacobs, the research will help RWM in its analysis of graphic behaviour and to explore other options for graphite waste management in the future.

“Our Technology and Innovation Centre at Birchwood Park, Warrington, is applying this graphite knowledge to work through options for safe and timely characterization, retrieval, treatment and storage solutions to meet the growing global decommissioning market.”

Under the study,  Jacobs  will measure and characterise the release of radioactive isotope carbon-14.

The company will compare it with the releases from irradiated graphite in earlier reactor types, including the UK’s first generation of Magnox civil nuclear power stations.

Jacobs said that the research will have a significant bearing on the safe management and disposal of graphite wastes that are arising from the decommissioning of 14 advanced gas-cooled reactors (AGR).

The AGRs generate approximately 20% of the country’s electricity but are expected to be phased out in the next 10 years.

The agreement has an initial duration of two years and it may be extended by an additional two years, which is subject to experimental program results.

Recently, Jacobs has secured several contracts worth more than $25m from Fusion for Energy (F4E), ITER Organization and the United Kingdom Atomic Energy Authority (UKAEA) to support research in nuclear fusion in Europe.