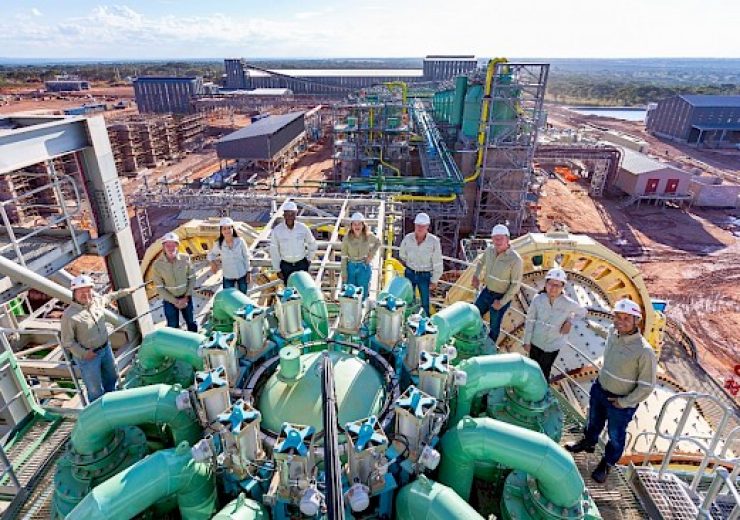 Canadian miner Ivanhoe Mines has advanced the production of first copper concentrate from the Kamoa-Kakula copper mine in the Democratic Republic of Congo (DRC) to the end May or early June.

The new target date, which is several months ahead of schedule, is due to accelerated construction and commissioning progress at the Phase 1 Kamoa-Kakula concentrator plant.

Ivanhoe Mines stated that the construction on the 3.8Mtpa concentrator plant is “essentially complete.”

According to the company, the plant is energised with permanent power and the commissioning of electrical, control and instrumentation checks is well advanced.

First ore is expected to be added to the mill by the end of May 2021, while lower-grade ore will be fed into the plant during the hot commissioning phase.

“We now turn our focus to scaling up this expansive copper region in a manner that is ethically- and socially-responsible, and setting a new global benchmark for the elimination of greenhouse gases in the production of copper that the world urgently needs.”

The pre-production surface stockpiles at Kamoa-Kakula have now reached nearly three million tonnes of high-grade and medium-grade ore at an estimated blended average of 4.74% copper.

Ivanhoe Mines said that the 3 million-tonne target has been achieved several months ahead of the timeline estimated in the 2020 pre-feasibility study.

The Kamoa-Kakula copper project is a joint venture between Ivanhoe Mines, Zijin Mining Group, Crystal River Global and the Government of the DRC.

Ivanhoe Mines and Zijin Mining Group own a stake of 39.6% each in the project, while the DRC government holds 20%.

During the first phase, the project is expected to produce approximately 200,000 tonnes of copper per year.