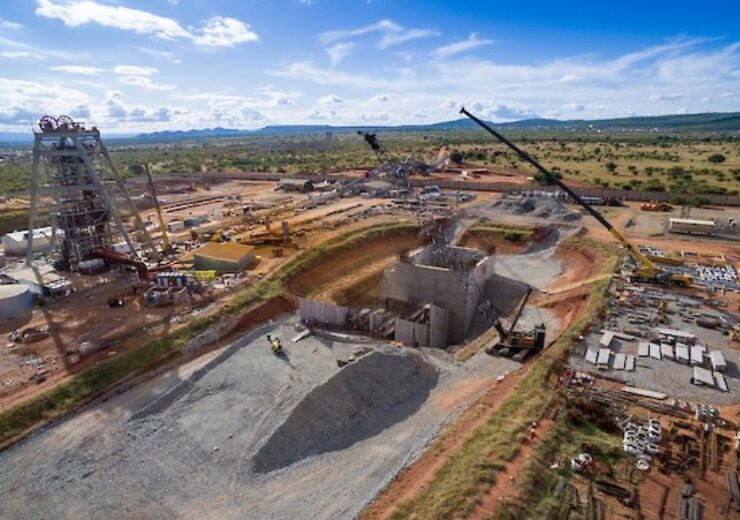 Shaft 1 and Shaft 2 of the Platreef mine. (Credit: Ivanhoe Mines Ltd.)

Canadian mining company Ivanhoe Mines has completed the Shaft 1 production changeover at its Platreef mine in South Africa.

According to Ivanhoe Mines, Shaft 1 will serve as the initial production shaft of the palladium, rhodium, nickel, platinum, copper and gold mine. It is located nearly 450m away from the first high-grade area of the Flatreef orebody, which is slated to be mined during phase 1 production.

In late April, the company’s subsidiary Ivanplats celebrated the first blast at the Platreef mine’s 950m level. This marked the start of lateral mine development, with the first production expected in Q3 2024.

Ivanhoe Mines president Marna Cloete said: “The completion of changeover is another noteworthy milestone in the growth of Ivanhoe Mines into a major, diversified miner; one with top ESG credentials and an industry-leading portfolio of tier-one assets.

“Given our string of successes at Kamoa-Kakula, Platreef, Kipushi, and Western Foreland, it is a great time to be part of the exceptional Ivanhoe team, and continue our track record of delivering world-scale projects on schedule and on budget.”

The Canadian mining company said that detailed engineering studies are going on the initial 700,000 tonnes per annum (700ktpa) mine and concentrator at the Platreef mine.

It plans to start earthworks for the first concentrator plant in Q2 2022. Following this, the miner will undertake civil works and order long-lead-time items in the latter half of this year.

Ivanhoe Mines is planning to feed the first ore to the concentrator for Q3 2024.

The company said that the commissioning of Shaft 2 has been fast-tracked to 2027 to expedite Phase 2 expansion of the project.