The funds will be used to accelerate the first phase of Platreef's mine development, which is expected to begin commercial production in 2024 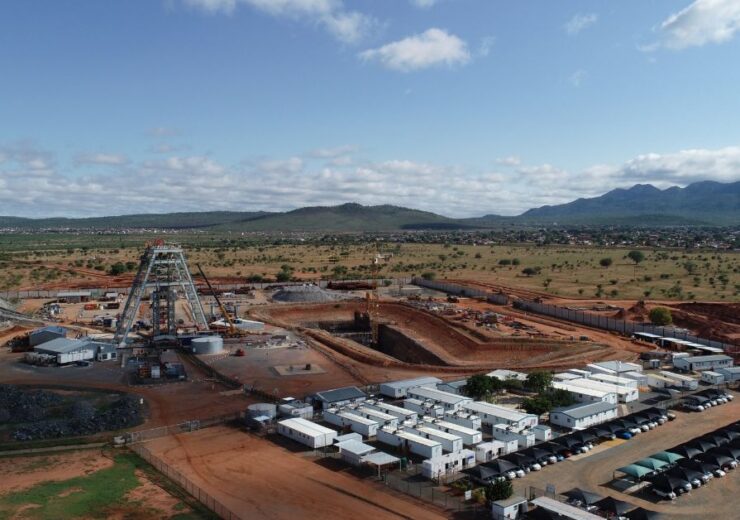 Platreef's 103m high main Shaft 2 superimposed on the right, will be constructed from the hitch to the collar. (Credit: Ivanhoe Mines Ltd)

Through its South African subsidiary Ivanplats, Ivanhoe Mines has closed stream-financing agreements with Orion Mine Finance and Nomad Royalty Company for a $200m gold-streaming facility for the Platreef project.

The company has also closed a $100m palladium- and platinum-streaming facility for the palladium-rhodium-platinum-nickel-copper-gold project.

The funds will be used to accelerate the first phase of Platreef’s mine development. It is expected to begin commercial production in 2024.

Expected to be available in the first quarter of next year, the definitive feasibility study for Platreef’s phased development plan will deliver updated production forecasts for the initial mine and subsequent expansion.

Ivanhoe Mines president Marna Cloete said: “The stream financing agreements, which represent a small fraction of Platreef’s incredible resource base, and accompanying offtake arrangements are critical milestones in the progression to commercial production for Ivanplats.”

The first phase, which will include 700,000-tonne-per-annum operation, is said to serve as a starter mine to establish a strategic production foothold on South Africa’s Bushveld PGM complex.

Ivanplats has also entered into offtake agreements for 100% of Platreef’s phase I platinum-group-metals (PGMs) concentrate production, which is anticipated to achieve over 40,000 tonnes per annum with six payable metals such as palladium, rhodium, platinum, nickel, copper and gold.

The offtake agreements are signed with Northam Platinum and Heron Metals, a joint venture (JV) in which Trafigura holds a majority stake.

Ivanhoe Mines has a 64% stake in Ivanplats that owns the Platreef project.