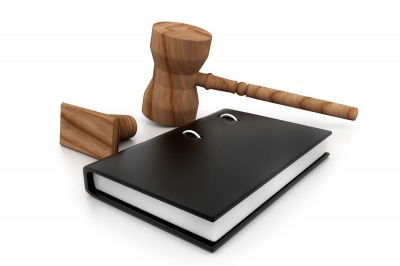 In its ruling, the Italian Court ruled that the recognition and enforcement of the Award in Italy does not contravene Italian substantive or procedural public policy. The Court further rejected the remaining objections raised by Kazakhstan such as the alleged lack of a binding arbitration clause and procedural violations in the constitution of the Arbitral Tribunal.  In this context, the Italian Court paid deference to the previous decisions of the Swedish courts which upheld the award on its merits at the seat of the arbitration. The Court also ordered Kazakhstan to reimburse claimants for legal costs totaling €120,000.

Anatolie Stati, CEO and shareholder of Ascom Group, one of the claimants to the action, said: “We welcome the latest judgment of the Italian court, which represents an important win in our hard-fought efforts to collect the award. These efforts have been continuously thwarted by the Kazakh State, which has demonstrated bad faith and recalcitrant conduct aimed at delaying the matter while deploying its substantial financial, political, and diplomatic resources to avoid a lawfully entered court judgment.”

Stati added: “We will now be seeking to attach any Kazakh state assets on Italian soil, whether in the form of oil supplies, shares in local companies, interests in joint-venture projects or any other assets that may be amenable to execution and foreclosure.”

The Italian court’s ruling is the latest development in the Stati parties’ long-running battle to enforce an arbitral award issued in December 2013 for Kazakhstan’s violations of the investor protection provisions of the Energy Charter Treaty. A tribunal constituted under the auspices of the Stockholm Chamber of Commerce found that Kazakhstan violated its international obligation to treat the Stati parties’ investments fairly and equitably and awarded the Stati parties more than US$500 million in damages, legal costs, and interest. The award has since been fully upheld by two tiers of the Swedish judiciary, including the Swedish Supreme Court.

Courts in the Netherlands, Belgium, Sweden, and Luxembourg have already attached Kazakh State assets totaling approximately US$6 billion in aid of judgments they entered on the award.

The claims originally arose out of Kazakhstan’s seizure of the Stati parties’ petroleum operations in 2010. The Stati parties acquired two companies in 1999 that held idle licenses in the Borankol and Tolkyn fields in Kazakhstan. They invested more than US$1 billion over the ensuing decade to turn the companies into successful exploration and production businesses. By late 2008, the businesses had become profitable and had yielded considerable revenues for the Kazakh state. Just as the Stati Parties expected to start receiving dividends, more than half a dozen government agencies carried out multiple burdensome inspections and audits of the companies’ businesses that resulted in false accusations of illegal conduct directed at the Stati parties and their Kazakh companies, including criminal prosecutions of their general managers on false pretenses. Kazakhstan’s actions challenged the Stati parties’ title to their investments, subjected them to hundreds of millions of dollars in unwarranted tax assessments and criminal penalties, and ultimately led to the seizure and nationalization of their investments by Kazakh authorities in 2010.