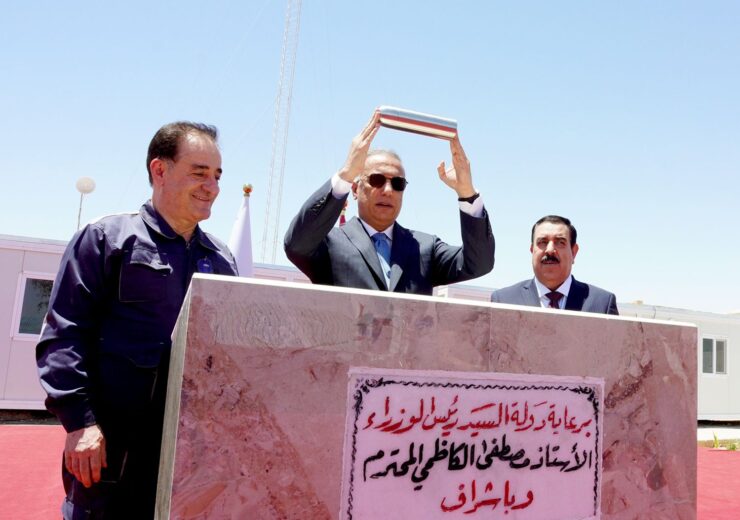 Prime Minister Mr. Mustafa Al-Kadhimi laid the foundation stone for the Anbar Combined Cycle Power Plant Project with a capacity of 1640 megawatts in Al-Furat Subdistrict of the Anbar Governorate

During the ceremony of laying the foundation stone, Mr. Al-Kadhimi stated that the Combined Cycle Power Plant will contribute to supplying the electrical grid system with additional power capacity that will improve the level of production and provide a better service to the citizens of Anbar.

The total production capacity of the Anbar Combined Cycle Power Plant is 1,642 megawatts with a cost of one billion dollars, and the project will take three years to be completed.