The Global Wind Energy Council says Africa has tapped into just 0.01% of its potential wind power resource, and more can be done to boost the industry 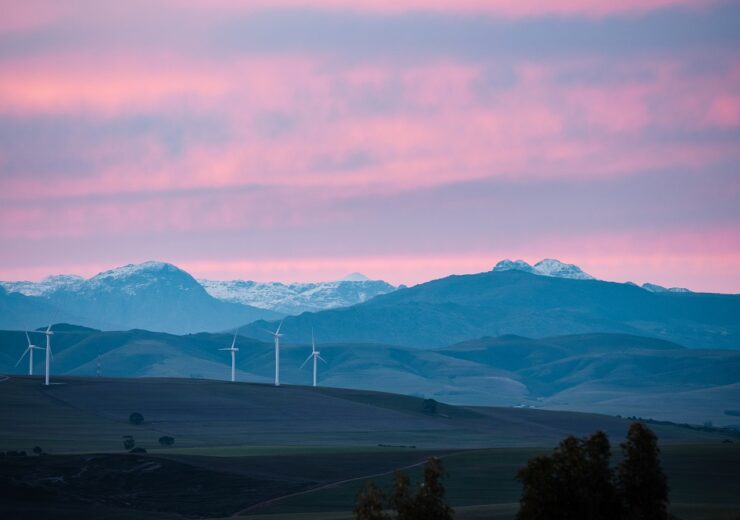 Africa is “barely scratching the surface” of its wind power potential, and without further development of the industry risks missing out on an opportunity to improve energy security and lower the costs of electricity.

World Bank data estimates the continent’s technical wind resource potential to be more than 59,000 gigawatts (GW), yet currently-installed capacity represents a miniscule 0.01% of this figure, according to the Global Wind Energy Council (GWEC).

South Africa is the leading market in the region, adding 515 megawatts (MW) in 2020 – which accounted for more than 62% of new installations across the broader Africa and Middle East zone last year.

The country also boasts the largest proportion of cumulative wind power capacity across this region, with a roughly 34% share.

“In order to tap into the formidable wind power potential in Africa and the Middle East, we first need the political will, followed by an increase in collaboration between the private and public sectors to build a sustainable market and maximise the local socioeconomic benefits,” said GWEC’s Africa task force co-ordinator Emerson Clarke.

“It will also be crucial to build out the region’s electricity and transmission infrastructure to ensure stable and cost-competitive energy access and create opportunities for cross-border energy trading through ‘power pools’, which will be critical for greater energy security in the region.”

Wind power in Africa and the Middle East ‘nowhere close’ to where it could be, given size of the resource

According to GWEC’s analysis, countries across Africa and the Middle East added a combined 821MW of new wind capacity in 2020, bringing total installations to 7GW. This growth is consistent with recent years, but is a long way from tapping into the full potential of the available resource.

Countries including Senegal, Morocco, Jordan, Iran and Egypt all contributed to new wind power additions last year, albeit to a far lesser extent.

Feng Zhao, head of market intelligence and strategy at GWEC, said: “Although we saw steady wind power growth in Africa and the Middle East in 2020, we are nowhere close to installing wind power capacity at the levels we could be, considering the massive resource potential in the region.

“There are many more countries in the region that have yet to tap into their incredible wind power potential. The Middle East […] will be an increasingly-important growth driver for wind power.

“Countries such as Saudi Arabia that have been historically some of the world’s largest oil and gas producers and highest emitters of CO2 per capita, are now committing to ambitious renewable energy and net-zero targets.

“However, while it is great to see this level of ambition, it must be backed up by the necessary regulatory frameworks that can provide long-term market visibility to scale-up growth at the right pace.”