The agreement, upon final approval by a U.S. District Court Judge, will resolve the city’s noncompliance with the Clean Water Act (CWA) and provisions of the Texas Water Code (TWC) 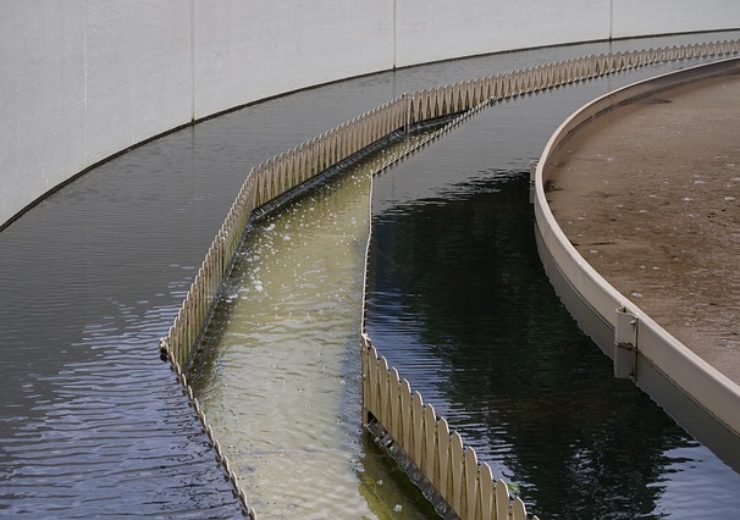 In a settlement agreement with the U.S. Environmental Protection Agency (EPA) and the Texas Commission on Environmental Quality (TCEQ), the city of Houston, Texas, has agreed to implement a comprehensive set of corrective measures and improvements to the city’s sewer system to resolve longstanding problems with sanitary sewer overflows (SSOs) and discharges into various water bodies of pollutants in excess of permitted limits from the city’s 39 wastewater treatment plants.

The agreement, upon final approval by a U.S. District Court Judge, will resolve the city’s noncompliance with the Clean Water Act (CWA) and provisions of the Texas Water Code (TWC). These violations were alleged in a joint Complaint filed on Sept. 20, 2018, by the U.S. Department of Justice, on behalf of EPA, and the state of Texas, on behalf of the TCEQ. The city also has agreed to pay a civil penalty of $4.4 million, which will be shared equally with the State of Texas.

“Fixing Houston’s sewer system will be a massive undertaking. But it is necessary to protect public health and the environment,” said Susan P. Bodine, EPA Assistant Administrator for the Office of Enforcement and Compliance Assurance. “EPA and the State of Texas worked with the City to develop a comprehensive solution that will improve the quality of life of Houston’s citizens as well as the quality of water in and around Houston.”

“The settlement, done in partnership with the state of Texas, will see that the city of Houston attains compliance with state and federal environmental laws by expanding its wastewater treatment capacity and thus reducing sewage overflows into city streets and waterways,” said Assistant Attorney General Jeffrey Bossert Clark of the Justice Department’s Environment and Natural Resources Division. “The city should have acted faster to make the necessary infrastructure investments to avoid public health problems but today’s settlement is a substantial step towards meeting the legal requirements enacted to protect the public from unsanitary conditions, dangerous bacteria, and the contagious diseases that pose intolerable risks to the city’s residents and visitors.”

“This settlement sets a roadmap of what needs to be done to preserve health and safety for millions of Texans and protect our state’s water resources for generations to come,” said Texas Attorney General Ken Paxton. “We will continue working alongside our federal partner to assure the City of Houston fulfills all its obligations under this agreement and the laws of Texas.”

The city of Houston operates one of the largest sewer systems in the nation, which serves nearly two million people. The system includes more than 6,000 miles of sewer lines, 390 lift stations, and more than 120,000 manholes.

To come into compliance with the CWA and the TWC, the city will implement over a period of 15 years extensive measures to prevent SSOs and effluent violations, at an estimated cost of $2 billion.

Preventing raw sewage in the form of SSOs from going onto the streets of the city and from entering waters of the United States and waters of the state eliminates a significant threat to human health and the environment. These discharges have contributed to bacteria contamination of Houston water bodies, degraded water quality, and contain viruses that may cause illnesses.

During implementation of the work required under the consent decree the release of raw sewage from the city’s sewer system will be reduced by approximately six million gallons a year.  Currently, this sewage is entering various water bodies in, around and near the city, including the Buffalo Bayou and the Houston Ship Channel.

Under the consent decree, Houston will address the insufficient capacity of its sewer system in identified areas where large-volume SSOs have occurred during major rain events. In addition, some non-wet weather SSOs occurring in the city over the years have been caused by defective conditions such as cracked and broken sewer lines. The city has agreed to conduct a system-wide inspection of all its gravity sewer lines and manholes to assess their structural condition.  The city will annually remediate no less than 150 miles of sewer lines based upon the results of the inspection and assessment.  Further, to address another major cause of SSOs in the form of blockages caused by debris and fats, oil and grease (FOG), the city will implement two major cleaning programs. Under the first program, the city will target SSO-prone areas for cleaning in the first two years and complete cleaning of all gravity sewer lines in the first 10 years of the consent decree with additional cleaning requirements thereafter. A second cleaning program will target areas that require more frequent cleaning to prevent SSOs from occurring, primarily due to FOG.

Finally, the city has agreed to implement a number of measures as early action projects to address SSOs and effluent violations within the first few years of the consent decree. Several of the early action projects involve wastewater treatment plants. The city, the United States and the state identified 10 wastewater treatment plants that have experienced a significant number of effluent violations, including such pollutants as E. Coli, ammonia and total suspended solids. The city will implement improvements and repairs that will address the causes of violations at these plants, as well as implement a maintenance program to cover all of its wastewater treatment plants. As additional early action projects, the City will renew / replace more than 100 lift stations and more than 35 miles of the sewer system’s force main sewer lines, which transmit wastewater  under pressure.