Located nearly 140km off the Norwegian coast, the $500.3m Hywind Tampen offshore wind farm in the North Sea is expected to meet approximately 35% of the power demand of Snorre and Gullfaks offshore oil and gas fields 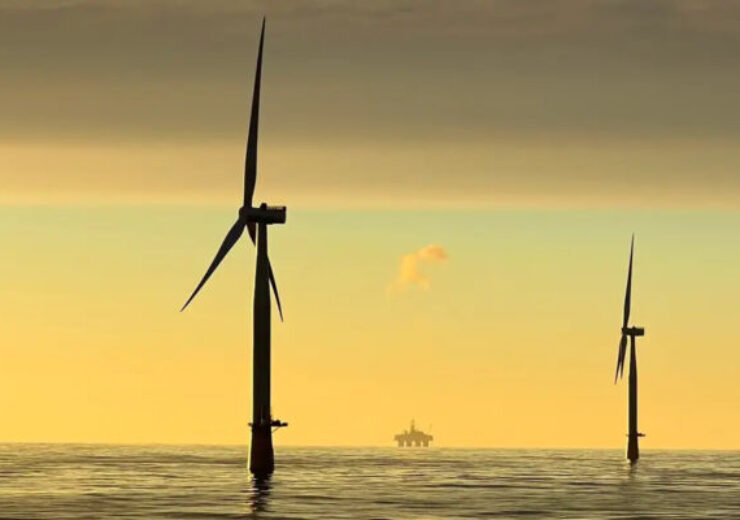 Equinor has announced the start of power production from the first turbine of the 88MW Hywind Tampen floating offshore wind farm in the Norwegian North Sea.

The first power produced from the NOK5bn ($500.3m) offshore wind farm was supplied to the Gullfaks A oil producing platform in the North Sea, said the Norwegian oil and gas firm.

Located approximately 140km off the Norwegian coast, the Hywind Tampen offshore wind farm is owned by the partners of the Gullfaks and Snorre offshore fields. The partners include Equinor, OMV, Petoro, Wintershall Dea, Vår Energi, and INPEX Idemitsu.

The Norwegian floating wind farm is expected to meet nearly 35% of the power consumption requirements of the Snorre and Gullfaks oil and gas fields.

In addition, Hywind Tampen is anticipated to reduce the carbon dioxide emissions from the fields by nearly 200,000 tonnes per year.

“This is an important contribution towards transforming the Norwegian continental shelf from an oil and gas province to a broad energy province.

“Just a few years ago, no one would have believed that offshore platforms could be powered by electricity from floating wind turbines. Well, now we have started.”

The floating wind farm will have 11 wind turbines, which have been upgraded from 8MW to 8.6MW. Of these, seven are expected to commence operations this year.

The remaining four turbines have been assembled and are slated to be installed during a weather window in 2023.

According to Equinor, the Hywind Tampen offshore wind farm even with seven turbines will be the largest floating wind farm in the world with a capacity of 60MW.