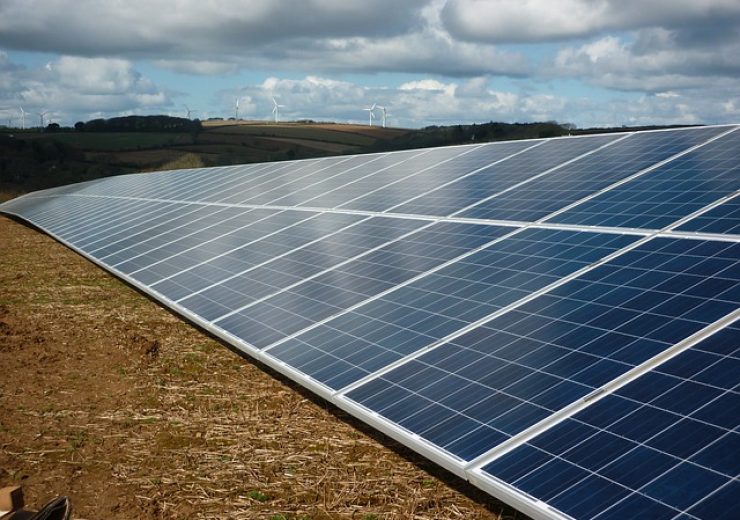 Hecate Energy today announced that it has filed an application with the New York State Office of Renewable Energy Siting (ORES) to construct a 500-megawatt solar farm in the Western New York towns of Elba and Oakfield, representing the first new application to be submitted under the state’s new permitting process for large-scale renewable projects. If approved and constructed, the Cider Solar Farm would be the largest solar project ever built in New York State.

The $500-plus million-dollar private infrastructure investment is expected to create over 500 construction jobs and will be capable of supplying 920,000 megawatts-hours of renewable electricity per year – enough to power over 120,000 average New York households.

“This project provides a concrete example of the scale and speed with which we must move if we are to meet critical renewable energy goals,” said Harrison Luna, Hecate project lead. “We are very appreciative of the leadership demonstrated by Elba and Oakfield town governments for this important ‘model’ project,” continued Luna. “Our discussions have helped us understand how to plan the project considering the unique priorities of the communities where we want to become neighbors. Those officials have helped us balance the needs of the communities with the needs of the project.”

“Cider Solar will do more than create clean renewable energy to drive the new economy; it will also deliver significant new revenue to the local governments for decades to come and help fund essential services such as the volunteer fire departments, first responders, and Haxton Memorial Library in Oakfield,” Luna noted.

Initially, the project sought leases and options for approximately 4,000 acres of land in the towns of Elba and Oakfield in Genesee County. As the understanding of local priorities grew clearer, detailed siting and study efforts allowed Hecate to refine the project’s footprint to approximately 2,800 acres of land across the two towns. Energy from the solar project is projected to offset over 420,000 tons of C02 per year, the equivalent of taking over 92,000 average cars off the road annually.

“Hecate Energy has been an excellent partner with our community since day one,” said Donna Hynes, Elba Town Supervisor. “They’ve kept us informed and part of the process every step of the way. This project will bring welcomed jobs and needed revenues to the area for decades to come, while serving as an example for how to make renewable energy development part of a long-range economic plan.”

“This project will provide significant green energy into the grid,” said Matt Martin, Oakfield Town Supervisor. “The commitments and financial resources Hecate brings to our community are welcomed additions. With the benefits to the town, the school district, and the local landowners involved, we are thrilled to be partnering with a leader in clean energy, and one that has a reputation of following through on its promises. We’ve been glad to have a cooperative relationship with the project thus far.”

New York State’s Accelerated Renewable Energy Growth and Community Benefit Act, which includes Section 94-c of the Executive Law, enacted in 2021, created the new ORES and rules for the permitting of large-scale renewable energy projects. It is intended to enhance the siting and construction of projects that are environmentally responsible, cost-effective, and delivered in a timely manner with input from local communities. Hecate’s Cider Solar 94-c Application, prepared by Buffalo-based Stantec Consulting Services in coordination with the law firm Foley Hoag LLP, is the first new application submitted to ORES under 94-c regulations, representing an important milestone in the State’s project permitting progress.