Bluejay Mining's Dundas project is seeking to produce between 440,000 and 600,000 tonnes of high purity ilmenite 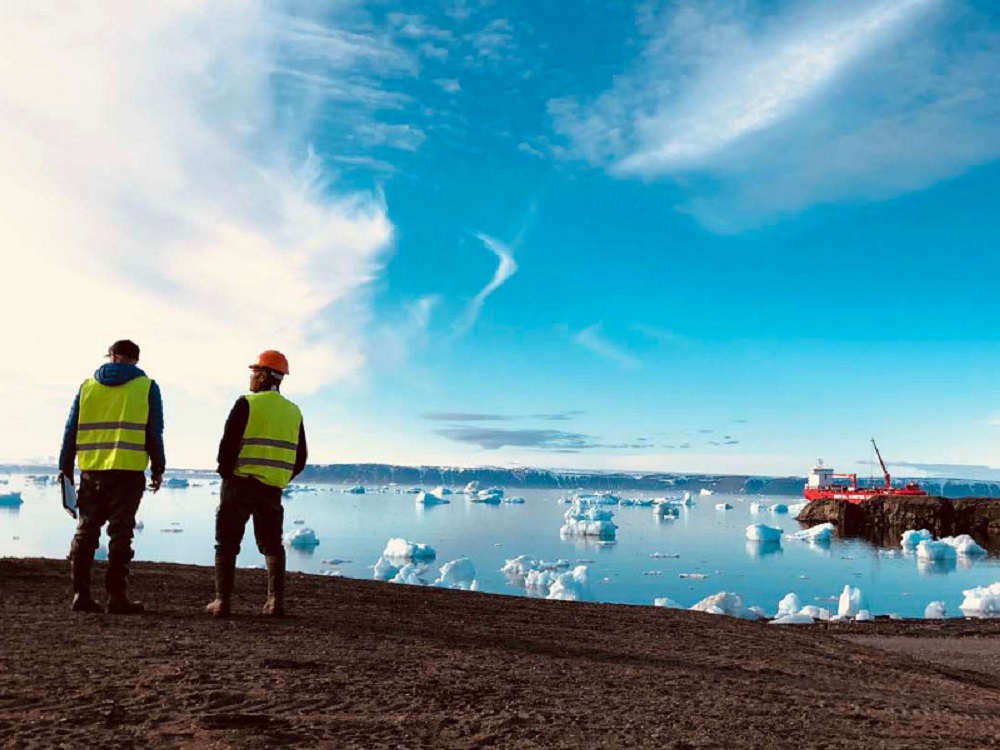 The governments of Denmark and Greenland have become the latest shareholders of Bluejay Mining, the London-listed company developing an ilmenite sands project in north-west Greenland.

Bluejay said it has conditionally raised £11.5m ($14.9m) from city institutions and government-backed venture funds to continue developing its various projects on the Danish-owned island – which is attracting increasing interest from mining companies due to environmental changes.

Greenland Venture and Denmark’s state investment fund Vaekstfonden together bought £4m ($5.2m) worth of stock to aid the project.

“This support demonstrates the mutual desire to grow the country’s mineral resource industry and we hope that Bluejay will be that vanguard.”

What is Bluejay Mining?

Listed on the London Stock Exchange’s sub-market AIM, Bluejay Mining is engaged in the exploration and development of precious and base metals, alongside its subsidiaries.

The firm’s primary focus is on advancing its primary Dundas Ilmenite Project in Greenland, the world’s most significant and highest-grade mineral sand ilmenite deposit.

Ilmenite is a heavy mineral often found on coastlines, and is commercially regarded as the most important ore of titanium.

It can be used to manufacture a wide variety of high-performance tools and parts – such as aircraft parts, artificial joints for humans and bicycle frames.

The material can also create titanium oxide for uses such as white paint pigment, toothpaste and plastics.

The Greenland and Denmark governments agreed to buy the remaining 40 million shares for a combined £4m ($5.2m).

Bluejay said the overall £11.5m ($14.9m) proceeds will be used to continue developing its titanium-targeting Dundas project; new drilling schemes for nickel, copper, platinum and cobalt at Disko-Nuussuaq next year; and the Kangerluarsuk project searching for lead, zinc, and silver.

Through the Dundas project in north-west Greenland, it is seeking to produce between 440,000 and 600,000 tonnes of high-purity ilmenite by the end of 2021.

The company has confirmed it will start the approval process for a mining licence in the next three to five months.

Greenland Venture’s CEO Karsten Høy said: “We are very pleased to be part of Bluejay through this fundraising as we consider the company to be a leader in Greenland’s emerging mining sector.

“The opportunities that these projects bring to the local communities are of utmost importance for us, in terms of creating growth, employment and additional infrastructure developments in Greenland.

“The team at Bluejay greatly impressed us and we are excited to join their journey. We look forward to supporting their future progress on the ground.”

The plan is for the material mined in Greenland to be shipped to the Sorel-Tracy plant in Quebec, Canada, where a bulk smelter sample has already been sent to by the project developer.

The plant is owned by high-grade titanium dioxide feedstock producer, Rio Tinto Iron and Titanium Canada (RTIT), which is reportedly mulling over whether or not to partner with Bluejay.

Why interest in Greenland mining has increased

Thawing sea ice has opened up shipping routes and exposed mineral riches in Greenland, leading to miners become increasingly interested in starting production on the world’s largest island, located between the North Atlantic and Arctic oceans.

In August, US President Donald Trump said he was considering buying Greenland due to its untapped natural resources, in what was thought to be an attempt to challenge China’s dominance of the world’s industrial metals.

But Denmark, the sovereign owner of the island, moved quickly to put an end to President Trump’s plans.

One of the miners to express an interest in Greenland was British multinational mining company Anglo American, which secured the rights in July to explore areas containing nickel, copper and platinum group metals.