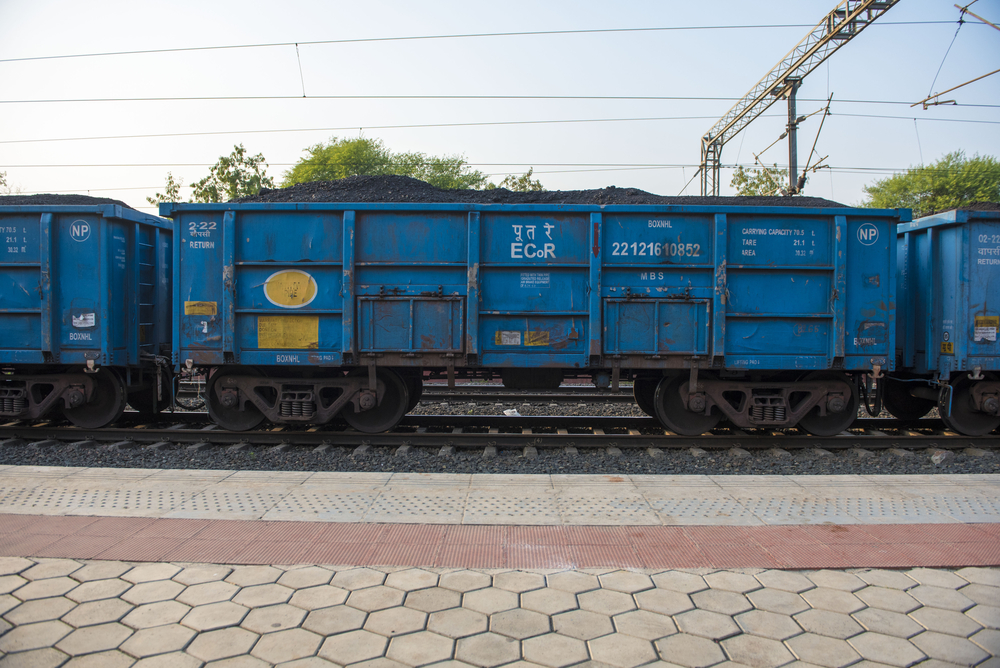 Adani plans to import coal from Australia and transport it 700km inland by rail to the Godda power plant (Credit: Shutterstock/arun sambhu mishra)

The Godda coal power project in Jharkhand, India, is “misaligned” with the country’s changing energy strategy, says an industry analyst.

Fossil fuels currently make up about 75% of India’s energy mix – placing it as the third-highest emitter in the world behind China and the US.

But, with a number of countries moving away from high-polluting fossil fuels, Prime Minister Narendra Modi’s government has ramped up its commitments to renewable sources, as the country aims to expand its clean energy capacity from 86.3GW at the beginning of 2020 to 175GW by 2022 and 450GW by the end of the decade.

Simon Nicholas, an energy finance analyst at the Institute for Energy Economics and Financial Analysis (IEEFA), believes Adani’s Godda coal project is set to be “left behind” by the changing energy policy in India and Bangladesh.

“The Adani Group’s recent acquisition of a coal block in Jharkhand has further highlighted how misaligned the Godda coal power project is with the Indian energy strategy,” he adds.

“Furthermore, new developments in Bangladesh – where Godda power is intended to be exported – mean the project is also looking increasingly out-of-step with Bangladesh’s energy policy.”

In a recent report on Adani, India’s most valuable energy group, the IEEFA noted how the firm is leading the nation’s energy strategy in areas such as renewable energy installation, solar module manufacturing and transmission, but is “lagging” in others areas.

“Specifically, Adani’s delayed but continuing development of the Carmichael coal mine in Australia, and the Godda power project that it will supply, go against stated Indian government strategy of reducing reliance on thermal coal imports,” says Nicholas.

“This stance on coal imports has only hardened since COVID-19 as the government has reaffirmed the need to improve energy security by increasing use of renewables and domestic coal to protect Indian jobs.”

Adani’s plan to import coal from Australia and transport it 700km inland by rail to the Godda power plant “always looked logistically challenged”, according to Nicholas, mostly because the project is situated in India’s biggest coal-producing state.

Now that Adani has acquired a coal block in the state as part of an Indian government plan for commercial mining to reduce reliance on coal imports, he believes the project as it stands looks “even more out of line with Indian energy policy”.

The analyst highlights that the fact the State Bank of India (SBI) is now reportedly about to lend 5,000 Indian Rupees crore ($674m) to Adani for the controversial Carmichael coal mine project in Australia means that another state-owned financial institution is “backing a vertically integrated energy project that runs counter to stated Indian energy policy”.

The publicly-owned Power Finance Corporation (PFC) has already lent the Adani Group R10,000 crore ($1.3bn) for the Godda project despite it being burdened with large non-performing loans to coal power projects.

In December 2019, Prime Minister Modi suggested withdrawing the carbon tax on the production and import of coal to try and improve the significant debt levels in the power industry, while also helping energy providers install pollution-curbing technology.

In early 2020, it was reported that the nation’s coal industry had been lobbying the government after building up debts with state-backed power suppliers worth up to $11bn as of October 2019.

“Indian banks were struggling with non-performing loans to coal projects even before the impact of COVID-19,” suggests Nicholas.

“SBI’s potential loan is now being reported as it emerges that India may be the major economy that is most impacted by the pandemic, with reduced economic output continuing throughout the first half of this decade.

“The result is likely to be a worsening of problems that existed prior to COVID-19, including raised corporate balance sheet stress and more non-performing loans, undermined further by solar hitting new record lows of just R2 ($0.03) per kilowatt-hour (kWh).”

The construction of Godda has been affected by lockdowns imposed during the pandemic, as the project work is set to be completed by a Chinese contractor using Chinese workers and imported equipment.

But Nicholas believes the delay does “provide an opportunity”, as the coal plant could be reconfigured to “better support the Indian economy as it recovers from the pandemic”.

“The project could be reset to use Indian power technology rather than Chinese,” he adds.

“This makes even more sense considering that the Godda project has been financed by state-owned PFC and supported by a special economic zone.”

With Adani developing a coal block in Jharkhand state, the analyst believes the power plant could also be supplied with domestic rather than imported coal, in an attempt to further protect Indian jobs.

He adds that this would “better align” the project with the Indian government’s energy strategy, as it is reportedly planning to reduce the nation’s reliance on thermal coal imports and replace its retiring coal-fired power plants with renewable power to help reduce its carbon footprint.

More than half of India’s 373GW power generating capacity currently comes from coal-fired power plants – and the country is also the second-largest consumer of the mineral in the world.

In October 2020, India’s Power Minister RK Singh was quoted by Reutersas saying: “Many of the coal plants are getting retired. Some plants have already retired, and about 29 more plants are going to retire. All that space will be occupied by renewable energy.”

The use of domestic coal at Godda is only allowed if the generated power is consumed in India rather than exported to Bangladesh.

But Nicholas believes this idea is “making more and more strategic sense”, as Bangladesh has a “major overcapacity problem” that is only set to get worse even without the Godda project.

Overall power capacity utilisation in Bangladesh for the fiscal year 2019 was just 43%, while capacity payments to plants lying idle most of the time reached 90bn Bangladesh Taka ($1.1bn).

He adds that with 2GW (MW) of new power capacity due to come online before the end of 2020, the overcapacity situation will “get even worse”.

“Increased overcapacity and a rise in associated capacity payments will increase the financial burden on the BPDB and raise the likelihood of higher government subsidies or power tariffs for consumers to reduce its losses,” claims Nicholas.

“Perhaps unsurprisingly, November 2020 has seen a further report that the Bangladesh government is about to cancel its entire project pipeline of coal power plants that have not yet begun construction.”

The analyst says it seems “increasingly likely” that Bangladesh is about to cancel 13 coal-fired power plants as it swings more towards reliance on LNG with the probability that renewable energy will also get a “higher priority” in the nation’s next Power System Master Plan due in 2021.

Bangladesh’s Sustainable and Renewable Energy Development Authority (SREDA) has recently backed an enhanced solar target of 40,000GW by 2041 – ensuring that the clean energy source would make up 50% of the country’s installed capacity.

Nicholas says: “Not only are Adani’s coal projects increasingly unaligned with the Indian energy strategy and financially challenged by ongoing solar cost reductions, they are now being left behind by an accelerating change in Bangladeshi power policy as well.”