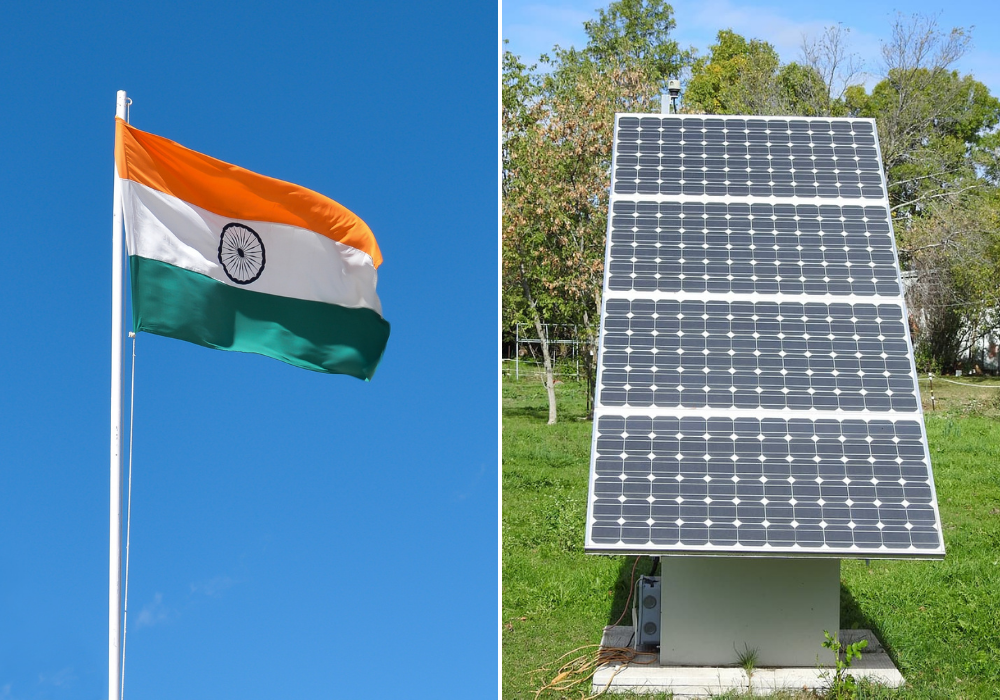 Solar power is now the “new ruler” of the Indian electricity market following strong investor interest in renewables across the country, says an industry analyst.

Although solar supply chains have taken a significant hit globally due to the coronavirus pandemic, analysis by the Institute for Energy Economics and Financial Analysis (IEEFA) shows that investor appetite at recent auctions for clean energy sources in India remains “robust”.

Alongside the IEEFA placing solar as the Indian power market’s “new ruler”, the International Energy Agency (IEA) forecasts the Southern Asian nation will lead the recovery of global energy demand out of the pandemic across the coming decade.

The IEA has downgraded its projection for the global energy demand growth rate to 9% from its pre-Covid forecast of 12% for the period 2019 to 2030 – and it could be drastically lower at 4% in a delayed recovery scenario in which the global economy does not return to pre-Covid levels until 2023.

Kashish Shah, a research analyst at the IEEFA, says: “Although electricity only forms 20% of total global energy consumption, increased electrification will see the renewable energy sector play an increasingly significant part of the global investment horizon coming out of this economic downturn.

“That will be case even more so in India given the still unsustainable reliance on fossil fuel imports, with all the associated energy security risks and current account headwinds.”

With solar power tariffs hitting another record low of $13 per megawatt-hour (MWh) in Portugal in August 2020, solar is now the lowest-cost source of electricity in modern energy history.

Shah says: “India, as the world’s third-largest electricity market with an ambition to build 450 gigawatts (GW) of renewable energy by 2030, is well-positioned to be a leading driver of growth in investment into solar power generation infrastructure globally.

“In the past two years, growth in renewable energy capacity in India has slowed, impacted by some short-term policy headwinds and flattening of electricity demand in the 2019/20 fiscal year and the pandemic from March 2020 onwards.”

Other important auctions in 2020 from SECI included 12 GW of solar plus, 3 GW of module manufacturing capacity, 1.2 GW of solar with storage for peak power supply auction and 400MW of round-the-clock (RTC) renewable energy tender.

Shah says the success of these “important first-of-their-kind auctions” are a step towards preparing India’s electricity system for the integration of a “large influx of variable renewable energy capacity”.

He adds that Indian Prime Minister Narendra Modi’s 41.5 GW renewable energy park in the west coast state of Gujarat gives the “strongest indication yet of the scale of things to come”.

Shah says that global capital and corporates are “increasingly fleeing stranded asset risks”, which were highlighted by the recent new coal power exit announcements by KEPCO, JERA and Mitsui.

But the record-low solar tariff outcome of Rs2.36 per kWh in SECI’s 2 GW tender suggests that the cost of solar PV is “falling faster than the IEA can cut their estimates”, according the IEEFA.

It believes the solar LCOE could reach the energy watchdog’s projected $15 per MWh a decade earlier.

Alongside the scale-up on renewable technologies, the IEA also views India as one of the world’s largest markets for utility-scale battery storage by 2040. The nation currently expects a requirement of 27,000 MW and 108,000 MWh of battery storage capacity by 2030.

Similar to solar, Shah claims the growth in battery storage capacity could be “even higher if costs continue to decline faster than expected”, offering materially lower “firmed” solar tariffs than the Rs6.12 per kWh ($83 per MWh) discovered in SECI’s 1.2 GW solar-plus-peak-storage supply auction.

He adds that the winner of the long-term race between renewable energy and coal-fired plants is “well established”, especially given the two-part tariff structure of thermal power.

For an average thermal tariff of Rs4 per kWh ($54 per MWh), the Indian power distribution companies (discoms) have to pay a fixed capacity charge of Rs2 per kWh ($27 per MWh) for the contracted capacity in the power purchase agreement (PPA) – even if no power is drawn from the plant.

Shah says that due to the “inflationary and suboptimal structure” of legacy thermal tariffs, ultra-low-cost solar will “undermine” thermal power plants’ capacity utilisation and will even “accelerate” the closure end-of-life coal plants.

He adds that this will predominantly be for the plants that are unviable to install emission control systems and inefficient plants that are “not able to operate flexibly to provide better grid balancing”.

The pandemic has “exacerbated structural and financial issues” in India’s power distribution sector, according to Shah.

As of September 2020, the state-owned discoms had accumulated total overdue payment liabilities of Rs126,655 crore ($17.2bn) to power generators across India.

Shah believes this has “increased counter party risk” as well as creating a “massive liquidity crunch” in the sector.

The Indian government has had to sponsor a bailout package of Rs125,000 crore ($19bn) through its state-owned agency, Power Finance Corporation (PFC), to resolve the liquidity issue in the power distribution sector, reducing bandwidth for a green stimulus to step up investment into renewable energy and grid infrastructure.

Shah says that SECI has been “struggling” to sign PPAs with discoms for its already auctioned 6 GW of renewable energy capacity – but he adds that once electricity demand growth rebounds, the discoms will be able to “contract this lowest-cost source of supply”.

As a short-term remedial measure, the Ministry of New and Renewable Energy (MNRE) has suggested blending tariffs from different auctions to bring the average tariffs down for the discoms.

Shah highlights how the pandemic has illustrated that thermal power will bear the “maximum impact of the downside risks in a transitioning market” given its “high marginal cost of production and lack of flexibility”.

He adds: “In contrast, renewables are proving resilient. A long-term price signal for peaking power is a key next step to ensure grid stability and investment in balancing firm peak capacity.

“The Indian government must endeavour to resolve the structural issues of the discom sector and policy-related issues in the renewable energy sector.