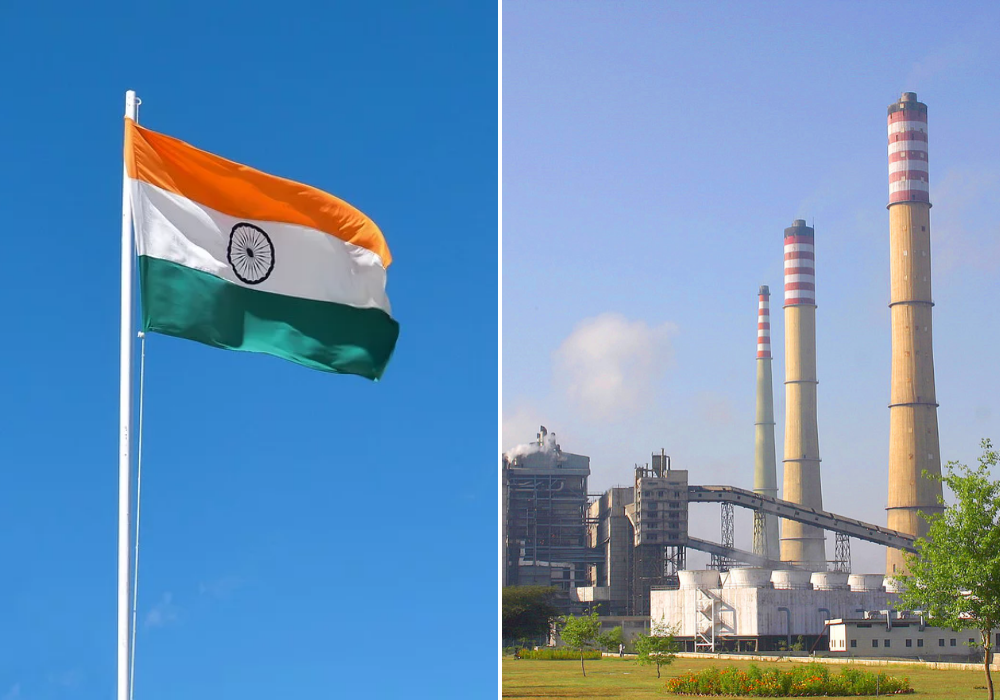 Wood Mackenzie expects 2020 to be strong for India’s oil products, with demand growing by about 220,000 barrels per day (Credit: Harikrishnan Mangayil/Bhuvantoo)

An increased focus on renewables, growing oil demand and a higher gas output are three market drivers that look set to play a part in the energy outlook for India in 2020.

Fossil fuels currently make up about 75% of India’s energy mix but as the world moves towards cleaner technologies, the country will play a significant role in shaping the planet’s future climate picture.

The nation holds one of the fastest-growing economies, with some studies suggesting it will overtake the US as the world’s biggest economy by 2050 – but questions remain over its commitment to renewable technologies after a dip in funding for projects over the past 12 months.

The Organisation of the Petroleum Exporting Countries (OPEC) has projected India’s oil demand to rise by 5.8 million barrels per day (bpd) by 2040 and account for about 40% of the overall increase in global demand during the next 20 years.

Here, analysts from energy research firm Wood Mackenzie make their predictions on what the country’s energy outlook will look like in 2020.

Six predictions for the energy outlook of India in 2020

India is the third-highest consumer of crude oil in the world behind China and the US, having accounted for 4.1% of the world’s consumption in 2017.

In 2018, the country contributed to 14% of the global demand growth, producing more than 2 million bpd.

Wood Mackenzie director Sushant Gupta said his company expects this year to be strong for India’s oil products, with demand growing by about 220,000 bpd.

“Almost 80% of this growth is expected to come from diesel, gasoline and liquefied petroleum gas,” he added.

“With the stabilising of economic growth, the impact of the government’s recent stimulus package and assuming a normal monsoon season, we expect a turnaround in diesel demand growth by about 4% to 1,830 bpd this year.

“Gasoline will maintain its positive growth, up 8% to 806,000 bpd in 2020 as consumers continue to shift away from diesel passenger vehicles.

The International Maritime Organisation (IMO) has imposed a fuel sulphur regulation, meaning fuel content from the start of this month must be under the 0.5% global sulphur cap, down from the previous 3.5% limit.

But Gupta believes the IMO’s new regulation will generally be beneficial for Indian refining margins.

“But refiners will have to face headwinds from weak high-sulphur fuel oil and gasoline cracks.

“Supported by growing domestic demand and relatively higher refining margins in 2020, we believe India will be able to maintain high utilisation rates averaging close to 103%.”

Focus on renewables remains high in the power sector

Despite the country’s appetite to ramp up its share of clean sources, last year it committed 14% less investment into green energy than in 2018 at $9.3bn.

But Wood Mackenzie’s solar analyst Rishab Shrestha said India is continuing to invest in renewable power, with a focus on affordability, security and environment.

“Despite the ‘must run’ status of renewable power, wind and solar projects still faced large-scale grid curtailment in 2019, owing to the ongoing financial distress of state distribution companies,” he added.

“This has affected the returns on renewable projects, especially in the southern states of Andhra Pradesh and Telangana, leading to credit downgrades.

“Even against this backdrop, the competitive price of renewables has led to an addition of 11GW of renewable capacity expected in 2019 with solar contributing approximately 9GW.

“We expect Indian power generation to grow by 5% on the back of improved economic growth in 2020.

“With several plants under construction, we expect installed capacity to increase by over 15GW, mostly coming from new renewable installations.

“The economics of solar projects are expected to improve as safeguard duties on modules come to an end in July.”

“In addition to a decline in coal-based power generation in the second half of the 2019 fiscal year, cement and steel production were also down 1.8% and 0.3%, respectively,” Bhargava said.

“With power generation, and cement and steel production slowing, stocks of domestic coals have started to increase in India.

“If the economy doesn’t pick up in early 2020, with power, cement and steel demand remaining slow, we see a downside risk to our coal imports forecast.

“Currently, we are forecasting 181 metric tonnes (Mt) of thermal coal and 65Mt of coking coal imports in 2020.”

Cumulative natural gas production between April and October 2019 was 18.65 billion metric standard cubic meters – 6.38% and 2.13% lower than the target for the period and production during the same time frame in 2018.

Wood Mackenzie’s senior analyst Alay Patel said 2019 was a disappointing year because of the decline in oil and gas production.

“Major reforms were introduced for licensing, but these failed to translate into successful bid rounds,” Patel added.

“Gas production is set to rise by 9%, underpinned by two deepwater projects operated by Indian conglomerate Reliance Industries and the Oil and Natural Gas Corporation (ONGC).

“Both projects are on track for a 2020 start-up – although we expect only one well to be onstream in ONGC’s field.”

LNG demand grew 2% year-on-year in the country in 2019, largely due to slow production in the first quarter of 2019.

Wood Mackenzie’s Asia Pacific head of markets and transitions, Prakash Sharma, said the regasification of liquefied natural gas (RLNG) usage was driven by a 9% increase in fertiliser and 7% in city gas, which offset an 8% decrease of consumption in the industrial sector.

But he believes total gas demand growth should rebound in 2020, supported by the fertiliser and city gas sectors.

“In 2020, additional regasification capacity is vital for India to fully benefit from the low spot LNG prices.

“The commissioning of two new terminals, Mundra and Jaigarh, slipped into 2020.

“The other main addition to capacity will be the expansion of Dahej by 2.5 million metric tonnes per annum, which should be completed during 2020.”