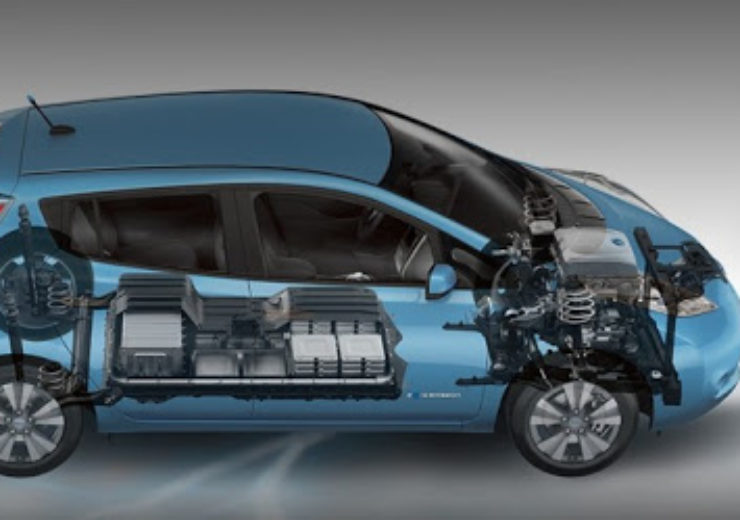 Seven so-called gigafactories may be needed in the UK by 2040 to meet demand for electric vehicle battery production, according to a new report.

They could each produce batteries with a total capacity of 20 gigawatt-hours (GWh) per year and employ up to 220,000 people.

But the study by the Faraday Institution, a British research body for energy storage, warns the country could fall behind other European nations if it doesn’t establish a major battery cell manufacturing capability within the car industry in a post-Brexit world.

It estimates battery manufacturing capacity will reach 450GWh in Europe by 2030.

He pointed out how the country is Europe’s fourth largest automotive manufacturer and has experience in the sector at the continent’s first battery plant in Sunderland, which was opened by Nissan in 2007 and was producing 2GWh of lithium-ion batteries for 60,000 cars a year by 2018.

“We have a productive and skilled labour force, world-class research and development capability, a government that has made a significant investment in battery research, and a growing supply of clean energy,” added Morris.

“The UK has a head start in the race to electrification as well as the economic ingredients for success.

“But a concerted effort is now needed by government and business to capitalise on the economic opportunity.”

Why forecast for required number of UK gigafactories has dropped

The Faraday Institution report, titled UK Electric Vehicle and Battery Production Potential to 2040, was published last year but updated this month after taking into account recent policy announcements related to EVs in the UK and EU, as well as the latest data on UK vehicle sales.

In June 2019, the UK committed to reach net-zero emissions by 2050 and has since brought forward a ban on new petrol and diesel vehicle sales from 2040 to 2035.

This presents “significant” economic opportunities for the UK’s automotive and EV battery ecosystem, believes the Institution.

In the 2019 report, it believed there would be demand for battery manufacturing capacity of about 120GWh in 2040, but its updated projection is for a 140GWh capacity.

Last year’s forecast was based on an assumption each plant would produce 15GWh per year but this has now increased to a 20GWh annual output, meaning the UK would now need seven gigafactories rather than eight.

As a result, it has lowered an estimate on how many people the industry could employ.

How Brexit could impact UK automotive and EV battery industries

The worry for the Institution – which was set up in 2017 to further the UK’s case for being an international centre in research, development, manufacturing and production of new electrical storage technologies – is that foreign car makers with sites in Britain choose to invest in other countries for producing future EV models, costing jobs as a result.

Such moves could depend on post-Brexit trade negotiations, with the report saying: “If the new gigafactories required to assemble the batteries used in EVs are solely built outside of the UK, there is a high risk that international car makers will also only invest in production of future EV models in plants outside the UK.

“For this reason, the switch to the production of EVs puts jobs in the UK automotive industry at risk.

“In a worst-case outcome, with no large-scale UK battery production, domestic vehicle producers would gradually wind down their production of internal combustion engine vehicles, progressively eliminating the jobs of the 170,000 people directly employed in the UK automotive sector.”

It adds: “In the absence of any gigafactories producing batteries and associated EV manufacturing, we forecast that direct automotive employment would be 105,000 lower in 2040 than it would otherwise be.”

The report recommends the UK needs a “timely and co-ordinated effort” by government and industry leaders to attract the first gigafactory to the UK – which lost out to Germany when Tesla decided where to build its first such plant in Europe.

In particular, the country needs to provide investors with enough time for site selection, approvals, planning and construction to meet mid-2020s demand for batteries.

It called on the government to shed more light on how it plans to spend the £1bn ($1.23bn) it pledged in October last year to “develop and embed the next generation of cutting-edge automotive technologies”.

The Institution also wants a “co-ordinated, ambitious and centralised leadership” to be established and oversee the sector.