The retired Brokdorf, Grohnde, and Gundremmingen power plants had a combined capacity of more than 4GW 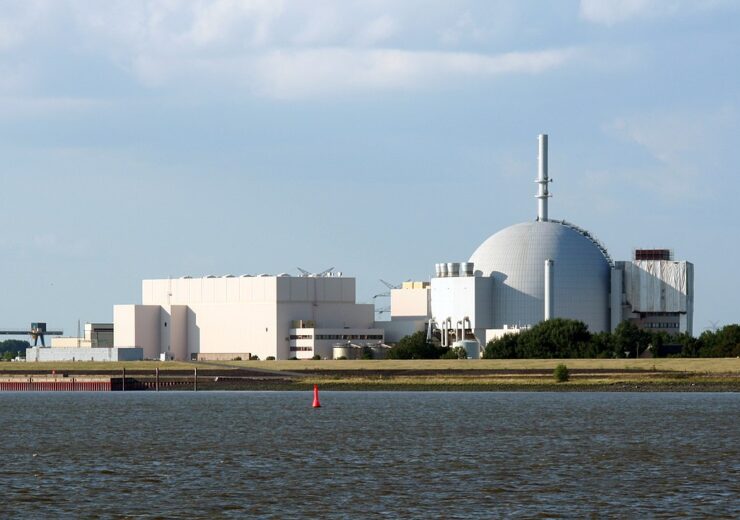 Germany has retired the Brokdorf, Grohnde, and Gundremmingen nuclear power plants, as part of its efforts to shift to renewable energy.

The closed plants were three of the country’s remaining six nuclear power plants in operation until the end of 2021.

The closure of the three plants is in line with Angela Merkel’s government’s decision in 2011 to phase out all the nuclear power plants in Germany by 2022.

Put together, Brokdorf, Grohnde, and Gundremmingen had a capacity of over 4GW.

The Brokdorf and the Grohnde nuclear power plants were operated by PreussenElektra, while the Gundremmingen plant was run by RWE.

With a net capacity of 1.41GW, the Brokdorf nuclear power plant had been operating since 1986. Built near the Glückstadt town in Schleswig-Holstein along River Elbe, the plant, on average, generated nearly 11 billion kW/h of power annually.

The 1.36GW Grohnde plant is located near the Hameln town in Lower Saxony state on the banks of the River Weser. On average, the nuclear power plant produced close to 11 billion kW/h of electricity a year.

The Gundremmingen power plant is located near Günzburg in Bavaria. One of its two units was decommissioned in late 2017 and the other unit, of 1.28GW capacity, was retired last week.

The two units of the Gundremmingen plant were brought on stream in 1984. The recently closed Unit C had generated nearly 10 billion MWh of power annually.

The three nuclear power plants in Germany that continue to operate are the Neckarwestheim, Isar, and Emsland plants, which have a combined capacity of over 4.2GW. These plants are expected to be shut down by the end of this year.

The country targets to meet 80% of the power demand through renewable sources by 2030.