The contract has been awarded by Comprehensive Decommissioning International (CDI), a joint venture company of Holtec International and SNC-Lavalin 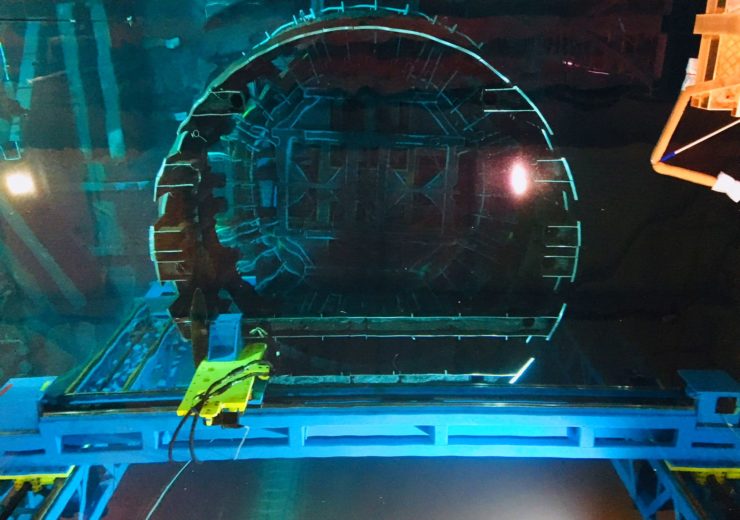 GE Hitachi Nuclear Energy (GEH) has secured a contract to support the decommissioning of Pilgrim nuclear power station in Massachusetts, US.

The contract has been awarded by Comprehensive Decommissioning International (CDI), a joint venture company of Holtec International and SNC-Lavalin.

Under the agreement, GEH will decommission the reactor internals and reactor pressure vessel at the nuclear Power Station in Plymouth.

The US-based company will use cutting-edge technology to dismantle, segment and pack reactor internals and the reactor pressure vessel of the boiling water reactor that closed operations in May 2019.

GEH said that all handling and segmentation will be executed underwater and will be accomplished employing the Primary Segmentation System that was designed in conjunction with REI Nuclear.

In December 2018, the company purchased the business and certain assets of REI Nuclear.

GEH president & CEO Jay Wileman said: “We are pleased to continue to support CDI with innovative technology, proven processes and an experienced team that is focused on safety and efficiency.”

On 26 August, Entergy had completed the sale of Pilgrim Nuclear Power Station to a subsidiary of Holtec International.

The deal was concluded after US Nuclear Regulatory Commission (NRC) approved the transfer of the plant’s operating license to Holtec subsidiaries Holtec Pilgrim as the owner and Holtec Decommissioning International (HDI) as the license holder and decommissioning operator for the plant.

Holtec will contract CDI to carry out the decommissioning

Holtec will contract CDI to carry out the decommissioning, including demolition and site cleanup.

In July 2019, the company was awarded a contract by CDI to decommission reactor internals and the reactor pressure vessel at the Oyster Creek Nuclear Generating Station in Lacey Township, New Jersey.

Established in 2007, GEH is a global nuclear alliance created by GE and Hitachi.