GE has been selected by Toyo Engineering on behalf of GK KS Power 1 to provide its 1,500-volt inverters for the 24MW solar plant project in Katsuura City, Chiba Prefecture, Japan. 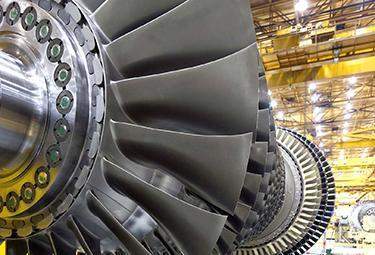 Solar is soaring in Japan. Boosted by the government’s energy ambition to reach a solar installation of 64 gigawatts (GW) by 2030, solar plants have proliferated on the island. This year, 7 GW of new solar installation is planned to be added to the actual 42 GW of total installed base, which makes the country well ahead of its target.

K-Energy director Takatoshi Sugimoto said: “As we continue to invest in solar technologies to build future cost-effective solar plants, we are glad to partner with GE and leverage its LV5 inverter technology to continue our quest in providing clean and affordable solar power to the country.”

For this project, GE will be delivering 25 of its 1-MW LV5 1,500-volt inverters and 13 medium-voltage transformers with a ring main unit (RMU), all of which will be preassembled onto skids for ease of transportation and installation on-site.

First introduced by GE in 2012, the LV5 1,500-volt solar inverters have achieved a global installed base of more than 5 GW. As a result of the higher DC voltage, GE’s technology enables a reduced number of electrical components, thereby reducing the infrastructure, deployment and running costs of a solar plant.

GE Power Conversion business solar CEO Patrick Fetzer said: “We had recently developed several significant solar projects in Japan. We are thrilled to help drive solar forward, supporting the country in its ambition to developing renewable energy as a key player in its national energy mix.”

GE power conversion business president and CEO Azeez Mohammed said: “With more than 5 GW of solar inverters shipped worldwide, our LV5 solar inverters have a proven track record all over the globe, helping our customers to improve their plants’ performance and bring down the cost of utility-scale solar projects.”

Up through today, GE has delivered and commissioned 200 MW of solar inverters, mostly notably the 96-MW Hosoe mega solar project and the 40-MW Furukawa project.