GE said that it will recruit nearly 100 people until the end 2018 for its new LM Wind Power offshore wind turbine blades plant. 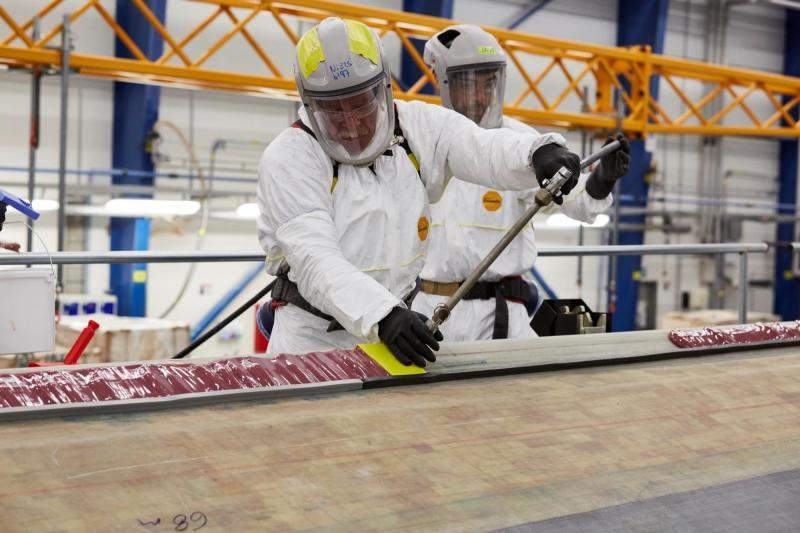 The company will offer each new employee a training and certification program in the local “Center of Excellence”, in preparation for the start of the prototyping phase expected in January 2019.

LM Wind Power will train each new employee, through a four to six-week theoretical and practical program, to wind turbine blades manufacturing.

The trainings take place in France and in factories in Spain and Poland, in training centers, on production lines, and during various workshops.

The Cherbourg site trains teams of skilled workers through this standardized process, based on experiential learning using the best training material, updated and supported by a technical team of professionals and mentors.

LM Wind Power president and CEO Duncan Berry said: “This plant will become a source of employment in the region. One hundred managers, technicians and operators on permanent contracts are to be filled in the year 2018. The recruitments will be pursued in 2019 and during periods of full production, the site should accommodate more than 550 people”.

This facility will provide a significant number of highly skilled jobs over the long term, benefiting the economy and the local community. The activity could also create up to 2000 indirect jobs in the region.

The plant starts today by recruiting the management team, and about ten employees have already taken up their duties in the factory.

The site has identified candidates for a quarter of the positions to be filled, which leaves around 70 vacancies in 2018. LM Wind Power looks for employees who possess some management skills, to be able to promote these employees as team leaders as new groups of colleagues come in.

The plant will serve all customers in the growing European offshore wind turbine market, and will have the capability to produce the world’s longest blade, a 107-meter length blade dedicated to the Haliade-X 12MW.

An extension of the plant is starting, in order to ensure the expected production capacity of this blade.