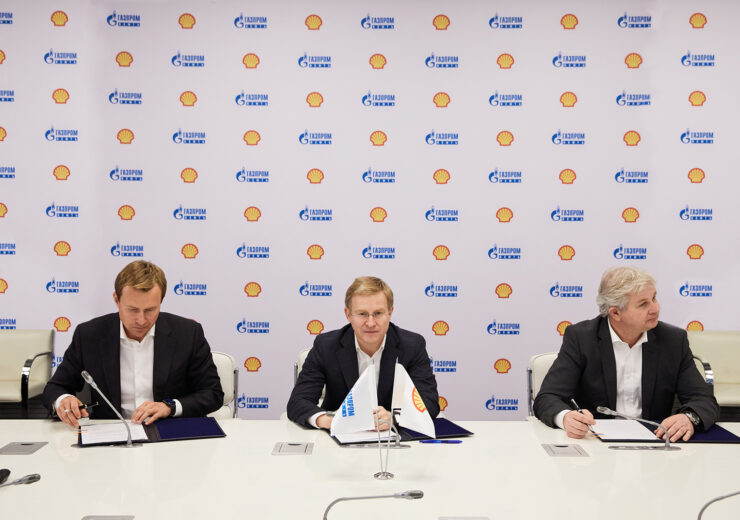 Russian oil producer Gazprom Neft has concluded a deal with Royal Dutch Shell to establish a joint venture (JV) for the development of a major hydrocarbon cluster on the Gydan Peninsula.

The transaction follows an agreement signed by both the companies to establish the JV in July this year.

As per the terms of the deal, the two companies will have an equal interest in the charter capital of the joint venture.

The joint venture will study and develop the onshore Leskinsky and Pukhutsyayakhsky license blocks on the Gydan Peninsula.

The two companies will consolidate their capabilities and competences to develop the exploration cluster, which is located in the north—eastern part of the Gydan Peninsula.

Covering over 3,000km² of area, the Leskinsky licence block is located in the Taymyr district of the Krasnoyarsk Krai.

Its hydrocarbon resources are estimated to be more than 100 million tonnes of oil equivalent (mtoe).

Located in the Tazovsky district of the Yamal-Nenets Autonomous Okrug, the Pukhutsyayakhsky block covers an area of more than 800km2 and is estimated to contain nearly 35mtoe.

Gazprom Neft Exploration and Production deputy CEO Vadim Yakovlev said: “We’ll be splitting investments on this project with our strategic partner, Shell, and combining our experience and technological expertise.

“Going forward, data on the structure of these blocks will make a major contribution to investigating these as yet undeveloped areas.”

The company said that the 2D seismic survey has already been completed on both Leskinsky and Pukhutsyayakhsky license blocks.

Currently, the prospecting and appraisal activities are being undertaken at the Leskinsky block to collect data that will be utilised to refine the geological concept and prepare a future project development plan.

Gazpromneft-GEO, which is established to execute major geological prospecting projects, will be the operator on the initial stage of the project and will be responsible for exploration works at Leskinsky and the Pukhutsyayakhsky blocks.