Scheduled to start commercial gas flow by the end of 2019, the pipeline will have a capacity to carry 31.5bcm of gas a year 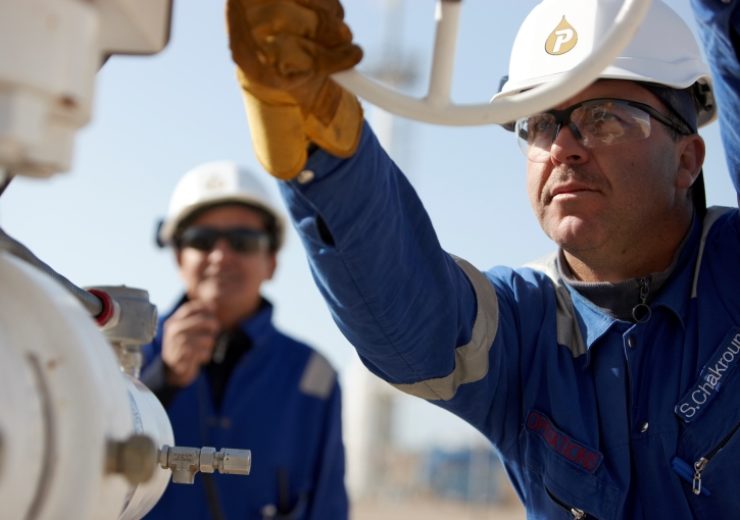 Image: Natural gas has been introduced to the first line of TurkStream. Photo: courtesy of Petrofac Limited.

Energy services firm Petrofac has announced the start of gas injection for the TurkSream project through which natural gas will be supplied from Russia to Turkey and south-east Europe.

As part of commissioning activities, filling of the TurkStream first line with natural gas has commenced.

Petrofac is currently in its final stages of construction of the onshore pipelines and the gas receiving terminal near Kıyıköy on the Turkish Black Sea coast.

The work is a part of the engineering, procurement and construction (EPC) contract awarded in 2017 by the project coordinator South Stream Transport.

The pipelines will be filled with natural gas from the Anapa landfall facility to the Petrofac-built receiving terminal in Turkey.

Petrofac chief commercial officer Roberto Bertocco said: “We are proud and happy to have reached such a significant milestone on this important project, working with South Stream Transport to help open a vital gas export channel to Turkey and wider South-Eastern Europe.

“Work has progressed well to date and our focus is on continuing the remaining activities in a safe and quality manner, as we look forward to the successful completion of the final phases and our scheduled handover of the project later this year.”

Commercial gas flow through the TurkStream pipeline project is scheduled to commence by the end of 2019.

Being developed by Gazprom and its subsidiary South Stream Transport, the pipeline will have the capacity to carry 31.5 billion cubic metres (bcm) of gas a year and comprises two lines.

The first line will feed gas to Turkish customers whereas the second will supply gas to consumers in the south and south-east regions of Europe.

Last year, Gazprom announced the completion of the construction of the offshore section of the TurkStream gas pipeline in the Black Sea.