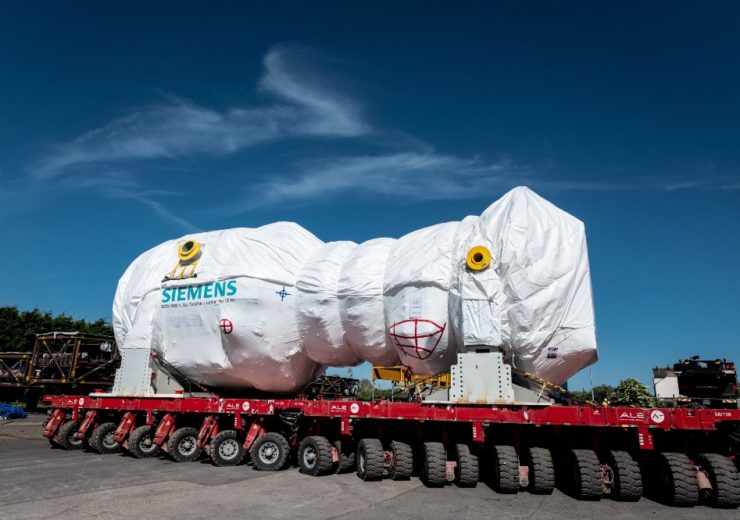 Scotland-based energy company, SSE has announced that the gas turbine for its 840MW Keadby 2 project was arrived at the construction site in North Lincolnshire.

The heavy-duty gas turbine was loaded onto an inland cargo ship in Berlin earlier this month to transport them to Lincolnshire.

Before docking at the Keadby Railway Wharf and travelling to the construction site, it is claimed to be the first-of-a-kind Siemens Energy turbine travelled by sea and through the Humber Estuary.

The power plant will have capacity to power approximately 840,000 households

Once operational in 2022, the project, with the capacity to power approximately 840,000 households, is expected to become one the cleanest and most efficient gas-fired power plants in Europe.

SSE Thermal managing director Stephen Wheeler said: “The arrival of the turbine to site is a major milestone in the construction phase and a great achievement for the entire project team.

“The construction of Keadby 2 is a key part of our strategy to decarbonise our thermal power generation and complement the growth of renewables as we transition to a net zero energy system.

“We’re also exploring the potential for further decarbonisation in the Humber region through carbon capture and hydrogen solutions as routes to market develop.”

The power plant is expected to achieve 63% efficiency, allowing the UK to move away from carbon-intensive electricity generation.

The firm said that the project has the ability to reach full power in 30 minutes and will also provide flexibility for the electricity system as well as increases the amount of renewable generation on the gird.

Siemens is constructing the Keadby 2 facility for SSE Thermal to test the 50-Hertz version of the HL-class turbines.